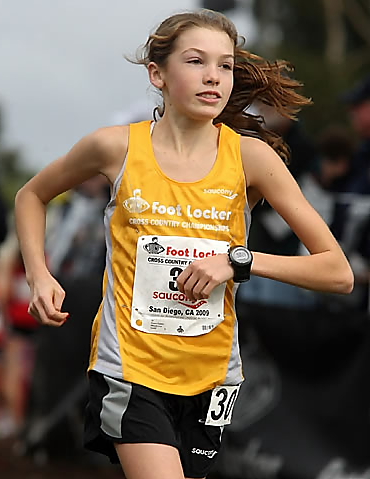 We shared the following announcement with all our friends and family.

Its Official! David and I are so excited to share that Grace has officially committed to be a student - athlete at the United States Air Force Academy. She enjoyed her recruiting trips to SEC and ACC colleges but it is the Air Force Academy in Colorado Springs , Colorado where she will call home for the next 4 years! She will run on their Falcon cross country and indoor/outdoor track teams in the Mountain West Conference! It is her dream to run under College Coaches like Juli Henner Benson and Ralph Lindeman at the Academy who have coached 2 US Olympic Teams. Training in the elevation/altitude of the Colorado Rockies is a dream for her. The girls and boys cross country and track teams are made up of amazing cadets that are dedicated athletes but who are striving to be a part of something bigger than themselves and that is preparing for a career in our Nation's Air Force.

Thank you to Rep. Austin Scott for your Congressional Nomination you gave Grace from our 8th Congressional District. The 2 career tests Grace has taken continually point to her working with a trauma unit or helipad unit or world disaster relief team and when she started the application process in June and over the following months she decided this is where she wants to be. We are so grateful for the coaching Grace has received in her running from her long standing coach, mentor and friend Sam A. Martinez Jr.and wonderful coaches at First Presbyterian Day School with April Willingham Cassell Joe McDaniel Chad McDaniel Allen Peake Kerry Oedel.

We also are grateful to Trent Sanderson in Colorado who worked with Grace after her injury and who introduced her to the Air Force Academy. Our First Presbyterian Day School 's mission statement is to educate and equip students to change the world for God's glory. We have prayed for Grace since she was a little girl that God would use her gifts and talents to bring honor to Him. 1 Samuel 1:27. Praying God's blessing on her and future classmates in the Academy's Class of 2017. We are thrilled with her decision and the excitement she has! As the Air Force says: "Go Falcons" "Feel the Thunder"!!   The Tinkey Family