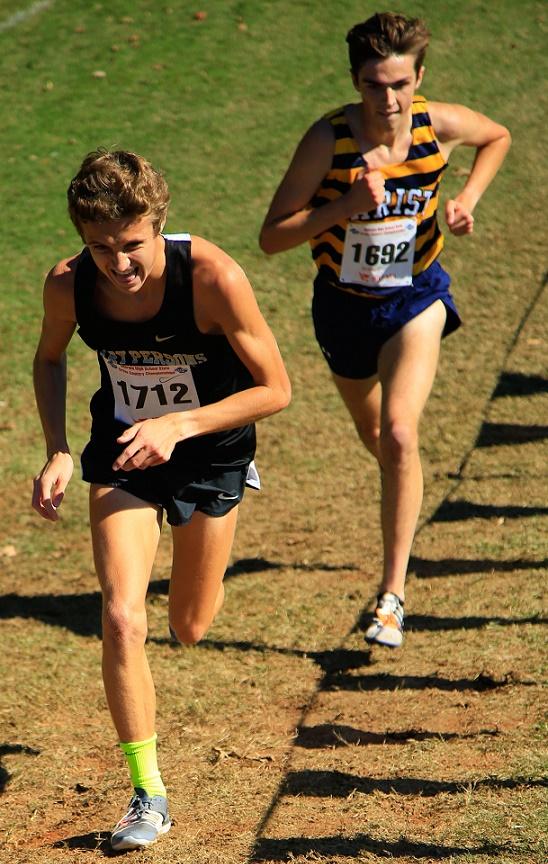 Justin Wachtel from Mary Persons and Leif Andersen of Marist put on a show!

It was an absolute classical duel for the ages (can't wait to see the video) between Andersen and Wachtel. Justin took the race out very hard building a 30m lead and clicking off a 4:53 at the Mile Marker. The veteran Andersen chased, but stayed patient catching Wachtel at some point on 'Separation Slope' and began to build a gap. As they headed down the final hill, Wachtel displayed impressive speed almost catching a surprised Andersen (check out the lead photo) Leif's winning time was 16:17.75 to Justin's 16:18.59 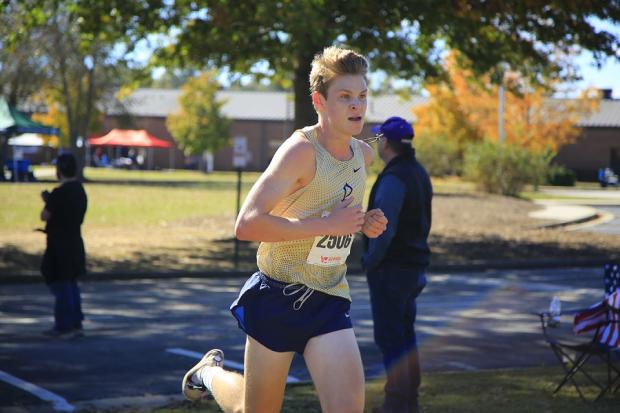 St. Pius X totally dominated the 4A team race, posting the low score of the meet (37 points) putting 4 guys in the top 8 (1-4 split of :30, 1-5 :53), and had a team average of 17:01. Coach McClay's Golden Lions were the top team All Classes this year (dominating Georgia teams at Coach Wood) and most recently ranked #11 on MileSplit USA in the NXN SE Region Rankings. Jr Jack Voss was the top harrier for St. Pius X placing 3rd overall at 16:37, Sr Rowan Wiley sprinted in hard seizing 4th at 16:53, Nicolas Fontova took 6th going 16:59 with John Owens 4th at 17:09. Expect them to remain #1 in the post State GHSA All-Class rankings. 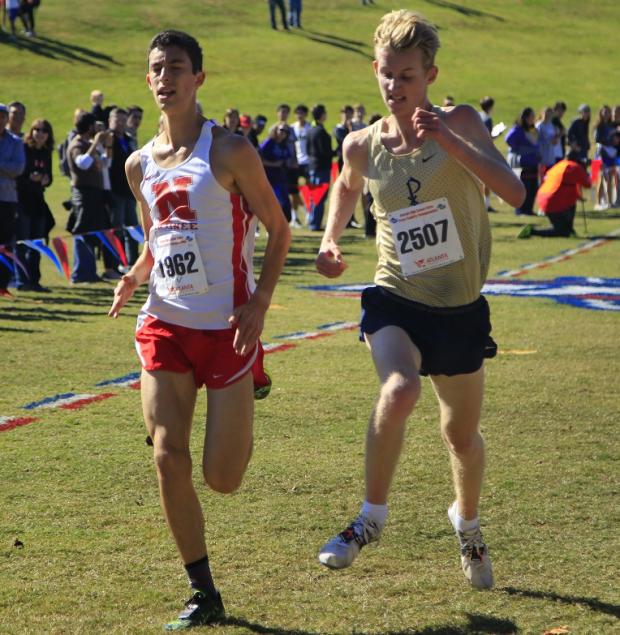 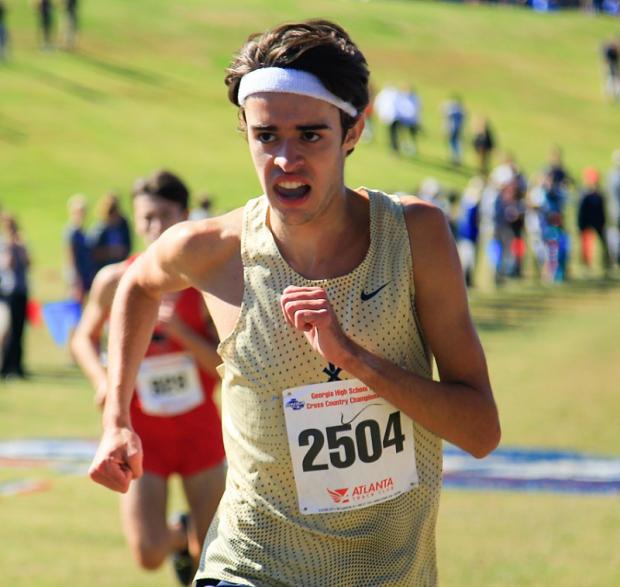 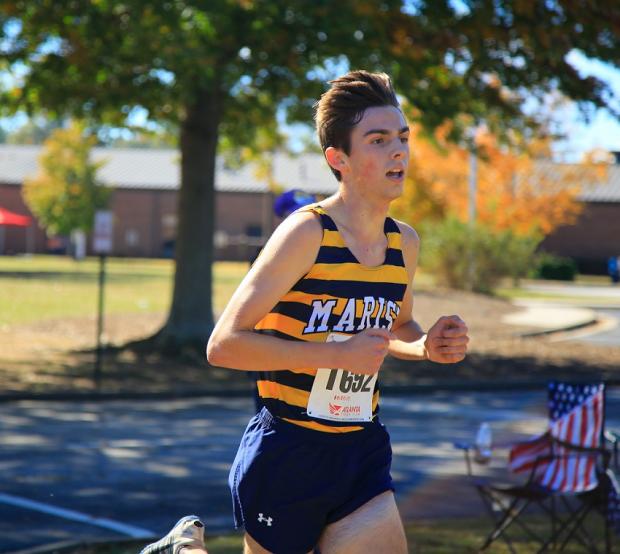 Marist went into the race missing their #2 (Colin O'Rielly) and had a fight on their hands to finish 2nd on the team Podium. Fortunately, they have a deep squad and their 2-4 runners ran well having a split of :44 to take the team runnerup Cup.