With several teams in the hunt for podium spots and titles, the AA races this year in Carrollton should be more tightly contested than they have been the last several years. With multiple teams and individuals hungry for titles, both races should be exciting for the spectators.

Team Race for the Win (and Podium)

The #1 ranked Royals from Bleckley County are the favorites for the win, having re-loaded a bit after losing many top runners from their state title squads of 2015/2016. With a low stick (hopefully) in Garrett Rogers, and a now experienced pack, they are the favorites, but not by much.. Banks, Union, Armuchee, and Jeff Davis all have put together seasons that show they could be ready to take the title from Bleckley.  #2 Banks County and #3 Union County duked it out at their region meet and Jeff Davis won easily at region 2.

Banks County has come on strong late in the season. Banks jumped Union based off a head-to-head Region victory, but with a margin of only a  point. The Leopards' will hope their top 3 can lead them to a low score and will need their 4 and 5 runners to stay ahead of the main pack in Carrollton, in order to hold off a much deeper Union team.

Union County has been hot all year, and will depend on their strong pack to finish high and off-set Bleckley and Banks' low-sticks. The Panthers XC program has come a long way, since Chris Jones won the Individual title in back in 2007. They could have an advantage at Carrollton, as they must have some nice hills to train on up in Blairsville.

#4 Armuchee looks great on paper, and if they can transfer their success on some of the quick courses they have seen to the hills of Carrollton then watch out, because they can get a 1-5 split down to around 1 minute.

#5 Jeff Davis could also take the title on the right day. They seem to be sharpening at the right time and with a team full of juniors and seniors experience will be on their side, but how will the Yellow Jackets be handle the hills at Carrollton?
The rest of the top ten teams in AA have a somewhat similar team make-up. Good front-runners but a depth issue. When the field is 200+ depth can be a killer and a bad race by a #5 runner can all but diminish hopes of a podium finish. #6 Oglethorpe and #8 Bremen boast young squads with lots of 9th and 10th grade talent, but it may be too early for them to compete for the top spots on the podium. They will need excellent races plus off-days for the deeper teams mentioned prior to grab a podium spot.
Individual Race for the Win 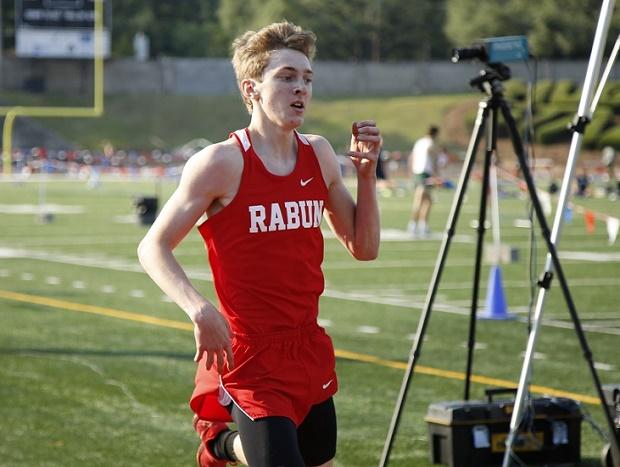 Rabun's Guy Gober is the favorite to win. He took home both the 1600 and 3200 titles on the track this past Spring, and most recently at his region meet he beat out one of his main competitors Griffin Stephens to take the 8-AA title. He has a killer kick so if he can top Separation Slope still in the mix, look for him to take the win. 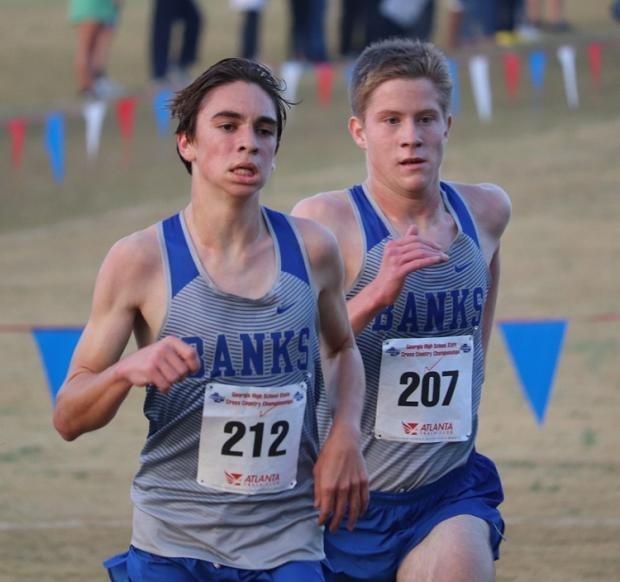 Bank's Griffin Stephens (212) was 2nd to Guy Gober at in the 3200 on the track at the state meet and at the 8-AA Championship, so he may be running with a bit of a chip on his shoulder. He has been posting fast times all year long and is comfortable going out at a quick clip. He likes to run a grinding race so look for him to keep the pace honest and attempt to put some of the other contenders in a tough spot early on. 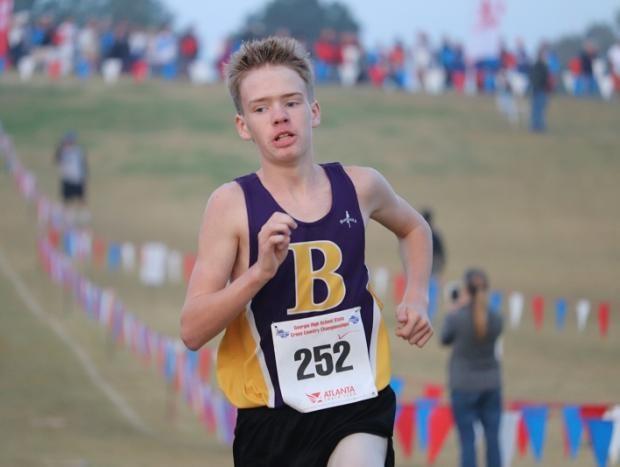 Bleckley's Garrett Rogers is the defending champ from 2017. He has been somewhat absent from the action this year, only posting two results to Milesplit all season, and he has not posted any results since September. Is this some sort of Jedi mind trick to lull the competition into complacency, or has the injury bug bitten Mr. Rogers? Either way, if he laces up Saturday look for him to run a patient and calculated race and be in contention for the title. 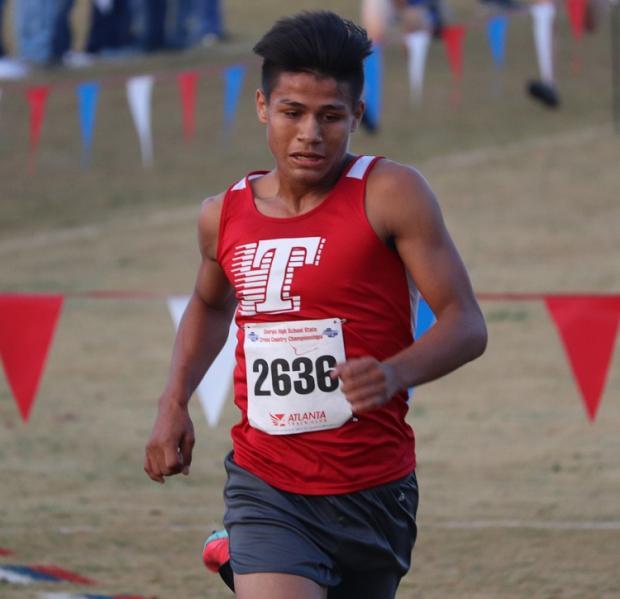 Toomb's Ricardo Santana is a bit of a dark horse. The runner-up from 2017 has had anything but a spectacular season. He has been out of the picture all year long until he posted a big win over Hector Huerta, taking the region 2-AA Championship. Santana seems to run fast when it matters most. Look for him to make a move on the second lap to try and get a gap before the finish.
Other Runners to Watch:
Chaney Holder, Hector Huerta, Luke Gambrell, and Jaylen Thigpen also have an outside shot at the title. If the favorites are having off days, look for one of these young men to pounce at the opportunity to move up the podium.
Tweets by GAMilesplit