Almost 20 schools came to the Westlake Relays this Saturday which features some great speed races/relays and included many JV events as well. MileSplit GA ws onsite shooting a 3000+ image photo gallery and shot race action from almost every event heat, which will begin loading on the site later this evening. 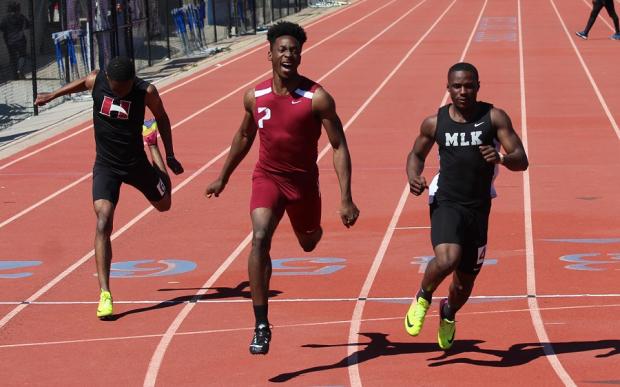 Westlake's boys won the Varsity team title scoring 96.7 points. Grady HS placed 2nd and MLK came in 3rd. 7 MileSplit Silver Elite performances were achieved as well. Leading the Lions to victory were a number of athletes/relay squads placing 2nd and 3rd, as Westlake only won 1 Gold medal, by Devlin Oluwumi in the LJ with a mark of 21-0.00. Cameron Murray did post an Elite time in the 100m though going 10.79 placing 3rd (but did not LJ or Hurdle) 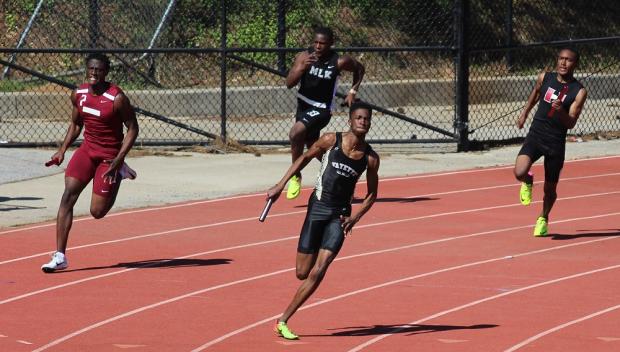 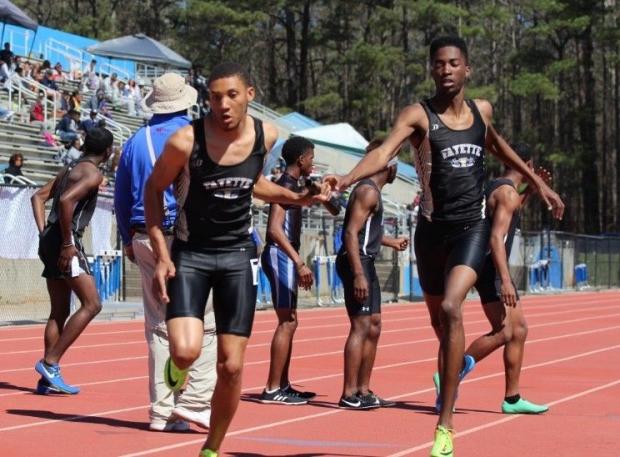 Fayette County enroute to Gold in the 4x400 relay 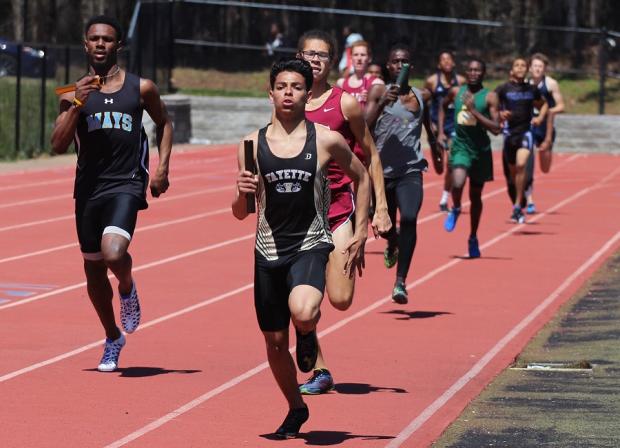 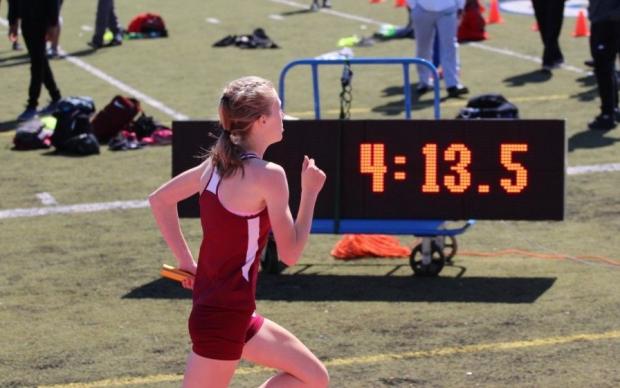 Mays HS Girls may have pulled a slight upset over host Westlake (who did not run their top athletes) winning the team title by 3 points scoring a total of 81. Much like the Westlake boys squad, they only won 1 Gold medal, taking the win in the 4x400 relay clocking a 3:59.33. The Lady Raiders did post a MileSplit Elite time in the 1600 Sprint Medly posting a 4:19.66 and Jada Marsh threw the Shot a Elite mark of 39-9.