Georgia runners made the trek to Charlotte, NC for their last XC race of the 2017 campaign, hopes were high for a few athletes to qualify for Nationals. many came close, but only Kyle Harkabus from East Coweta HS grabbed the prize as he finished 7th Overall posting a 15:06, earning a trip to San Diego the week after next. 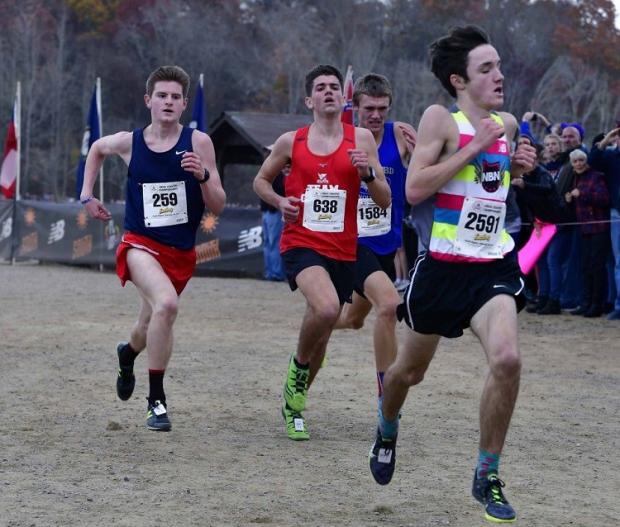 Kyle Harkabus, who placed 3rd at 7A State, got off to a slower start than he wanted, finding himself near the back, but maintained his pace, working himself back into the race. With 1/2 a mile to go, he was in a large group as they began to circle the lake, but felt with 200m left, he was going to be top 10. Kyle was the 2nd fastest soph in the race, which is another great accomplishment. 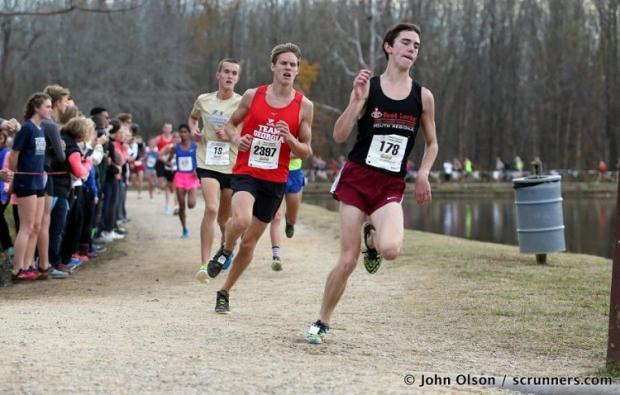 Also having nice race was Nick Nyman of Starrs Mill placing 18th going 15:29. Jacob McLeod (who had his jaw wired shut before 'Meet of Champions' after taking a tumble training) was one of the favorites coming into the race, but had a tough day, and may have passed out after crossing the finish line 20th at 15:32. Jack Filan (who led Cambridge to the 6A Boys title) placed 25th in 15:39.11 followed by James Cragin of Archer taking 27th at 15:39.88. 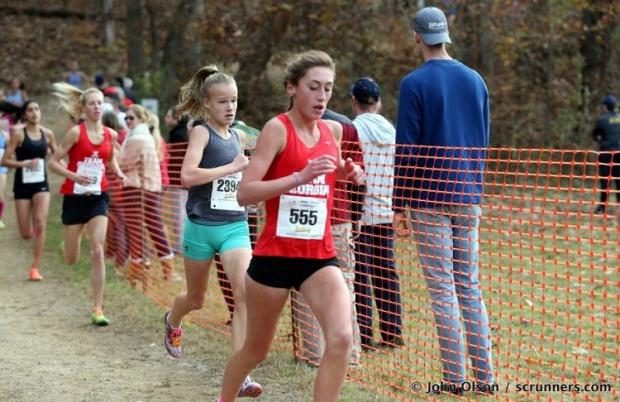 Georgia did not qualify any Girls to Nationals on Saturday morning, but one did make her frosh debut at McAlpine Park very impressively. Makena Gates of Creekview HS has been on fire since October, and she came within :15 of being being top 10 clocking a 17:46 and was the 2nd fastest freshman of the day. With 5 of the top 10 being seniors, her prospects for Q' next Fall should improve. 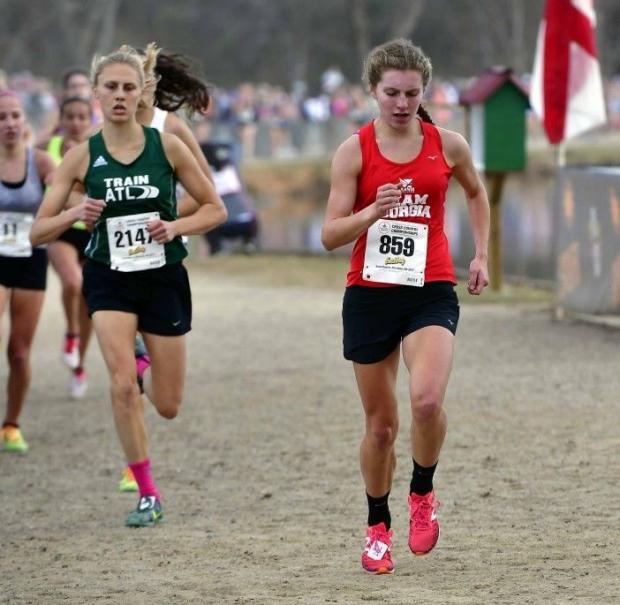 Juniors Erin Leonard from Jones County and Anna Burnett of Woodstock crossed the finish line together at 22nd/23rd going 18:18 each. Soph Megan Usyzinski of McIntosh placed 34 at 18:28, with Naima Turbes of Westminster 37th at 18:31. Elizabeth Funderburk was unarguably the top female all season thru Meet of Champions, and was thought to have a good shot at making top 10, but sources say she went out with a very fast lead pack thru Mile 1, and that pace may have been just too fast to hold, as Funderburk ended up 51st in 18:38.