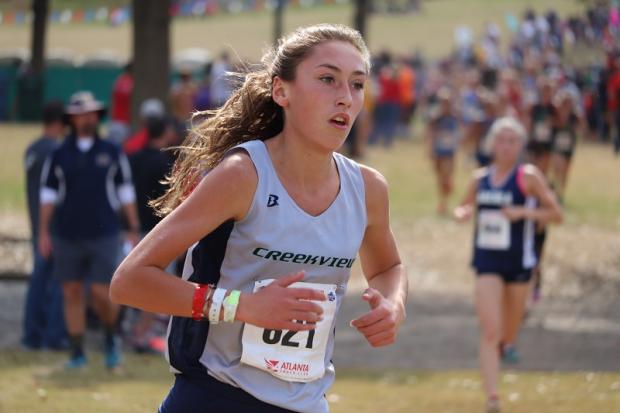 Makena Gates is an absolute beast for a freshman, winning her 1st GHSA XC title going 18:58

Its been a long time, maybe never, that a freshman has been so fast (maybe Grace Tinkey) in recent history. Makena Gates just detroyed everyone her 8th grade year, including down in Bleckley County at MS State Cross Country Championships. Gates began the season at Creekview playing 2nd fiddle to Nyah Hernandez, but in October found her stride. Gates went out quick Saturday, but found herself trailing Skylar English as they made the turn to begin Loop 2. The next thing we heard on the PA, was she had a a big lead at the 2 Mile mark, and won going away posting a 18:58. Allison Rothrock of Johns Creek was the sole runner making the top 10 individuals not on a Podium squad at 9th place in 20:32, leading the Glads to 5th as a team. 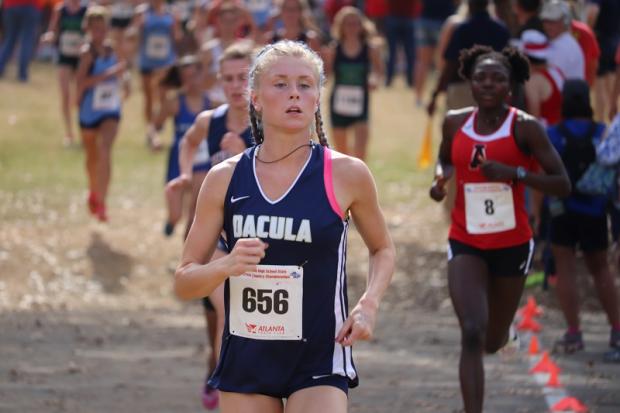 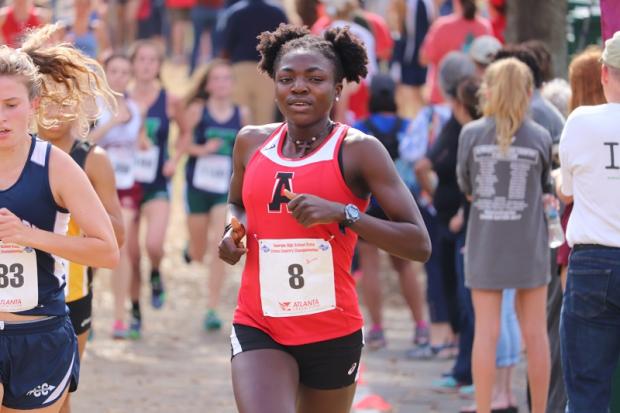 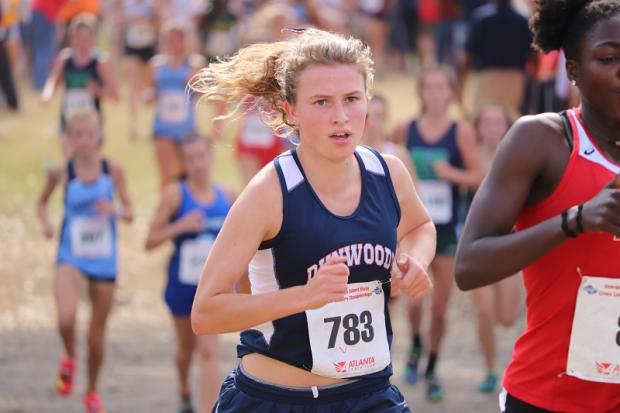 Samantha Cameron of Dunwoody used her experience to corral a 6th place finish. 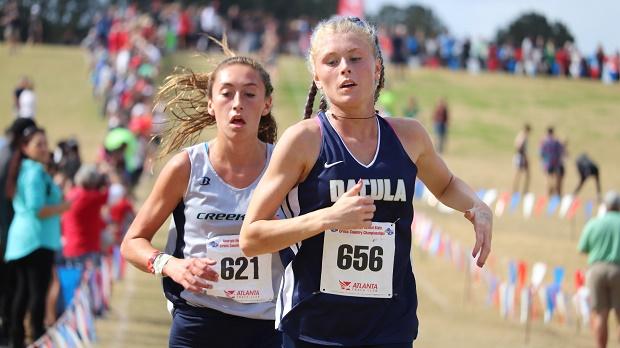 English of Dacula and Gates begin Loop 2 with a huge gap on the chase pack. 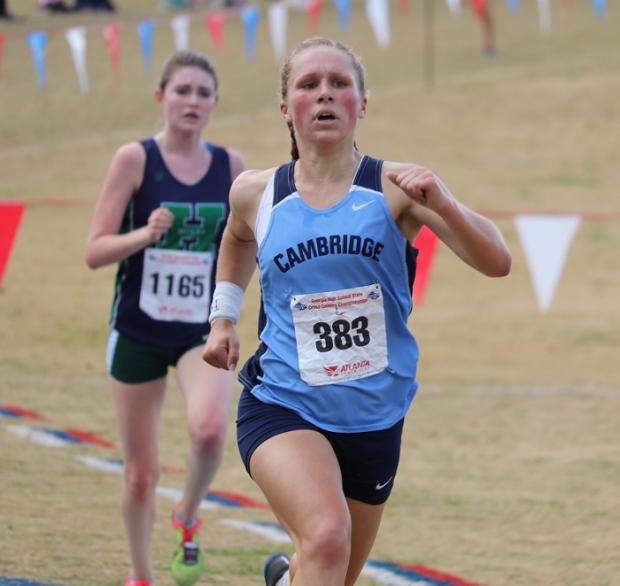 Cambridge wasn't done yet at Carrollton Saturday. The #3 ranked Region 7 champs Girls team, had business to attend to. They must have drawn some inspiration from seeing their Boys squad rise to the occasion, and took it upon themselves to do the same. 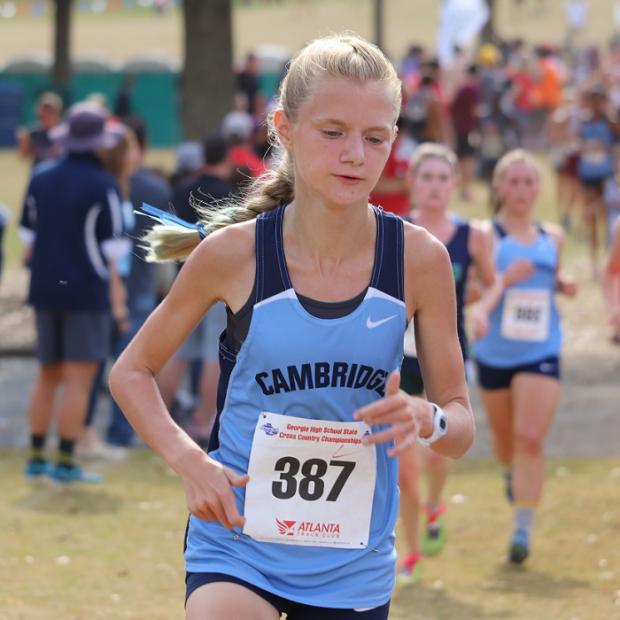 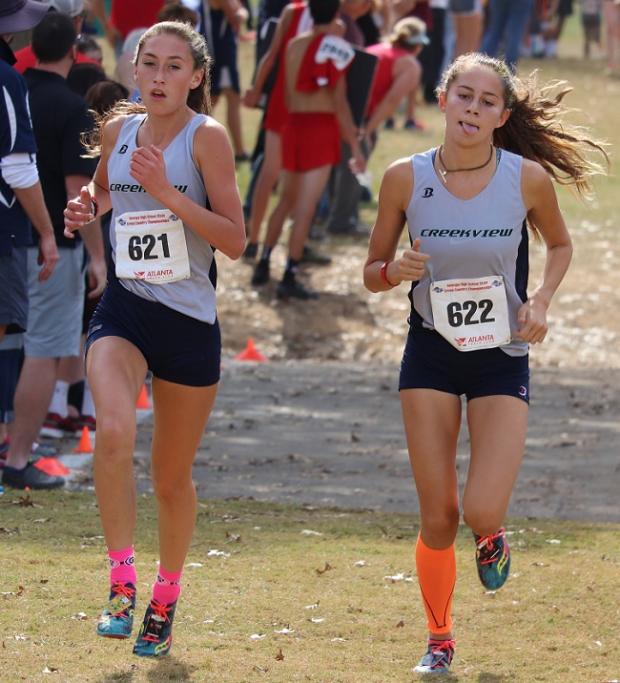 Makena Gates (L) and Nyah Hernandez of Creekview took the race out quickly.

Creekview was a slim favorite to win the team title pre-race having bested Harrison by a point at Region. But, at State strange things can occur on those hills.. Gates was dominant winning the Overall race and Hernandez 4th. But, their depth was a factor, as Cambridge just ran better on this day from 3-5 having to settle for a 2nd place Podium spot. 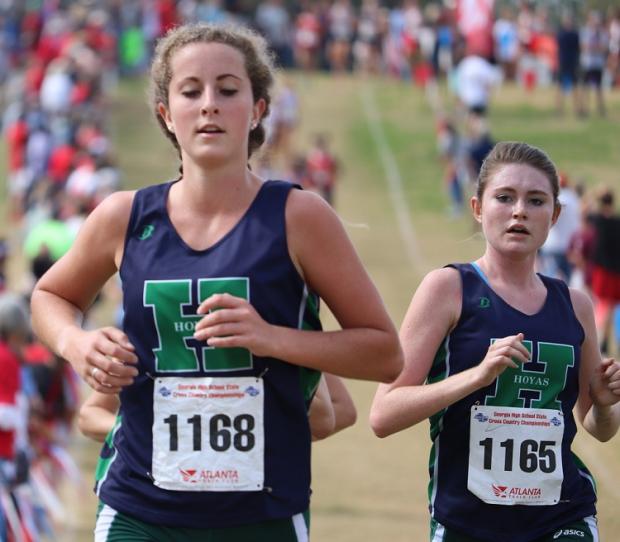 Harrison had a great regular season, placing a strong 2nd at Region. Hopes were high for the Hoyas they could turn the tables on Creekview, but Cambridge pulled out the stops to topple them both. Their 1-4 had them in contention for the title, but it just wasn't to be on this day. Kira Stanley and Kayli Moody made the All-State squad with Stanley (5th-20:14) and Moody (8th-20:25)

No one should ever count out an Alexander squad coached by Brian Robinson. After their Boys squad earned a Podium spot, well, their Girls felt compelled to pull off the same trick. The Lady Cougars finished a strong 4th as a team, led by their ace Brenda Ayuk who motored to 3rd Overall at 19:42 overtaking Nyah Hernandez just before the finish.