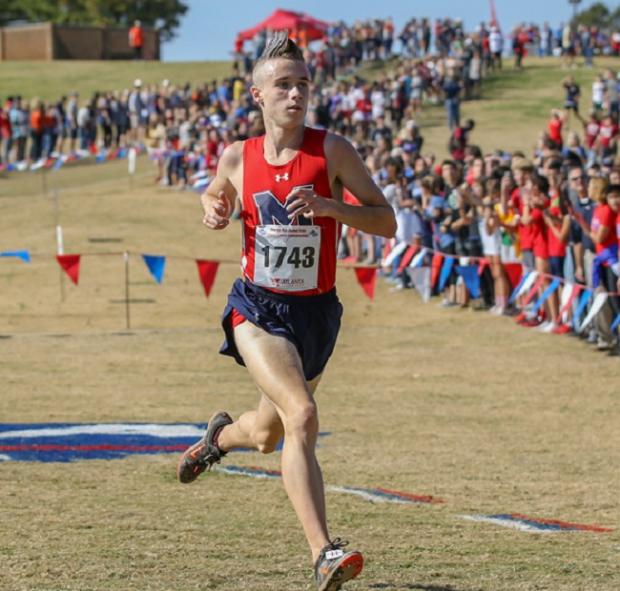 No one had to be surprised at Milton's victory in AAAAAAA boys on Friday. No, they did not reach that magical mark of 27 points, but 40 was plenty low enough to guarantee their first XC title in school history. However,  what is eye-popping  is a margin of victory of 138 points over 2016 champ Lambert. There was at least 1 point during the race when 6 of their runners were in the top 15 spots. I'm not sure what Milton is ranked in the SE NXN Rankings, but if its not higher than 8/14 when they were 5th, something is arry. Sam Bowers and Nicholas Yanek ran together the entire rsce until Bowers took control late and flew in with the best time of the day in 15:58, followed by Yanek in 16:04. Dru Milton was the Eagles #3 on Friday clocking a solid 16:37.

It was a great battle for the 2-4 Podium spots with last year's surprise champ Lambert capturing 2nd place. Tyler Fox had a 5th place finish of 16:23 to lead the Horns' efforts. 5 points separated the next 4 squads competing for Podium glory! South Forsyth caame out of the fray in 3rd place with 202 points. They did  with an incredible display of pack running including a 1-5 split iof...drumroll... :17!

It came down to a 6th runner tibreaker to determine the final Podium spot, with Lakeside DeKalb taking the nod, after originally being 5th ( a runner lost both shoes on the course), and they found him on the camera, pushing a disapointed Archer squad back to 5th. Collins Hill was left on the outside looking in 2 points behind Archer. 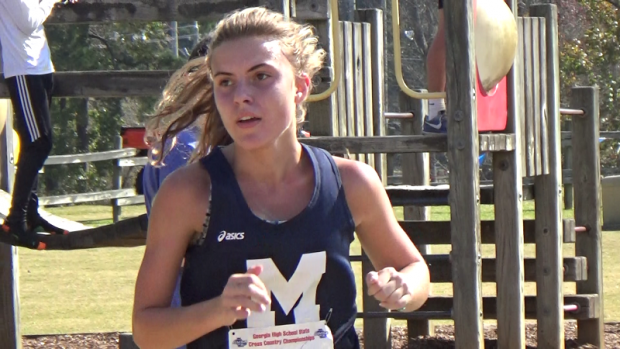 One could see it possibly coming if they looked at AAAAAAA Girls each week in October. Marietta, had begun closing the gap on South Forsyth thru Coach Wood, where they had to taken seriously as a contender for the team title. Marietta put it all together at the final race of the day Friday, as the Blue Devils rose to the challenge dethroning South Foryth by 22 points. The big difference was their #5 Ani henderson, who beat her counterpart by 19 places. Leading the way for Marietta on this day were  Ellie Hall taking 4th at 19:46, Betsy Gordon 7th at 20:14 and June Mwaniki 12th in 20:24. 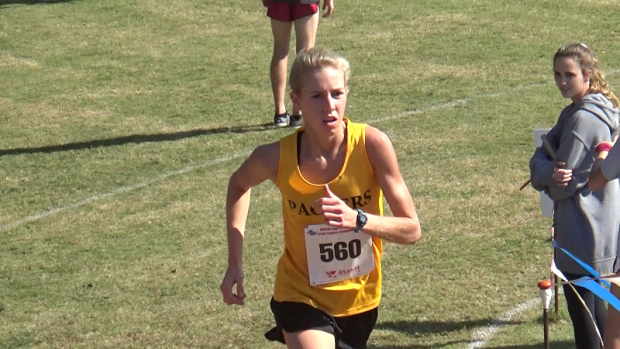 There was no one that challenged the top female runner in Georgia, Elizabeth Funderburk from Colquitt County. She obliterated the field on loop 2 as the chasers totally lost visibility of her. Funderburk recorded the fastest time of the day clocking a 18:29. She should be a strong contender to Q' for Foot Locker Nationals, and announced she will be attending FSU an hour from home.

South Forsyth was a strong 2nd, having 2 gals make the All-State team, including Kaylee Dupont placing 6th at 20:03 and Emma O'Connor  finishing 10th in 20:20. Placing in 11th was Sophia Baker in 20:22. It was very competitive for the next 2 Podium spots as Milton, took 3rd as a team by 4 points over Walton. Annie Gallagher led Milton's flight placing 17th leading a pack, while Walton's Abigail Robertson earned an All-State nod placing 9th at 20:18.