McIntosh took advantage of Starrs Mill (who was missing #2 Harrison Fultz and came through for a victory margin of 58 points. The outcome would have been much closer if Fultz had been healthy. Zach Jaeger led the way again for the new AAAAA Boys champs, taking 3rd Overall in 16:25. Also with strong outings were Vladimir Zander-Velloso finishing 5th at 16:53 and Alex DeBoy 12th in 17:23. 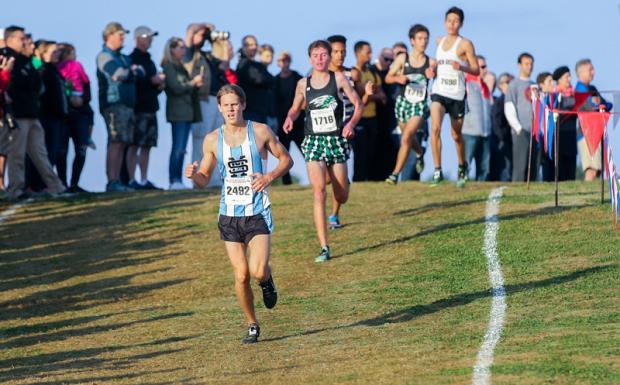 Nick Nyman had another great race for Starrs Mill, winning the Overall title posting a 16:09 in good racing conditions, leading Starrs Mill to a runnerup team finish. Ty Duben had a 10th place effort, earning All-State honors for the Panthers.

Clarkston couldn't make it 3 in a row, but improved enough in October to earn 3rd as a team on the Podium. The Angoras just didn't have enough depth or a true front runner to repeat this season. Rukundo Uwimana was the top guy tday posting a solid 17:31 for 13th Overall.

Capping an end to an amazing season was Clarke Central, who truly 'bought in' to new head Coach Alex Holmes philosophies, and cracked the Podium for the first time in recent history. Having a 1-5 Split of :39 certainly was key. Top Glad on Friday was Gabriel Mantione-Holmes, placing 24th at 17:47.

Individually, (not mentioned above and making the All-State squad after Nyman were: Audrick Pyrroneau  from Hiram, who captured Overall runnerup about 60m back at 16:16. Domonic Macias of Union Grove cashed in at 4th Overall clocking a 16:46, Collin Kilgore from Flowery Branch (6th- 17:00), hans Ames from South Effingham taking 7th (17:09), Antaures Jackson of Eagle's Landing HS (8th- 17:15), Thomas Hall of Whitewater (9th- 17:16). 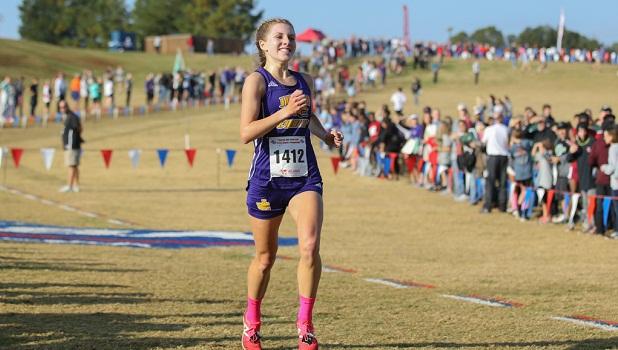 After having a great season, including major wins at Nike/Fleet Feet Coach Wood and Region 4-AAAAA, Erin Leonard from Jones County, defended her 2016 GHSA 5A title, by running away on mile 3 with a 18:43, bettering her time at 2016 State by :34. Jone's next goal is to Q' for Foot Locker Nationals. last season she was 39th at the South Regional.

In a much anticipated matchup, McIntosh's 1-5 proved superior to Woodland's, making the difference in a team title for the Lady Indians. Megan Uszynski  has led the squad all season, and came through again placing 2nd Overall in 19:31. Also having top 10 finishes for McIntosh were Kayla Rose taking 7th overall in 19:50, with Hannah Moore just behind at 19:51 for 8th and Zoe Smith 10th at 19:57.

Woodland was strong enough to place their 1-5 in the top 20 spots, led by Carli Clymer who took 5th place in 19:50 and Angela Cochran 8th at 20:08. Starrs Mill made it to the Team Podium once again in 3rd. The Panthers were paced by Darby Olive who placed 9th in 19:51. Flowery Branch seems to always prepare well for carrollton, and it paid off with the 4th team podium place. Erika Plummer was closing fast on Uszynski (2nd) before running out of turf taking 3rd Overall at 19:36.