Conditions were very good for fast racing Saturday morning at North Georgia's Gainesville  Campus at one of the biggest and most prestigous HS meets in the Southeast, the Nike/Fleet Feet Coach Wood Invitational. 60 teams and almost 3700 athletes laced it up in front of a huge crowd  in 12 races that began shortly after sunrise and lasted into the afternoon. 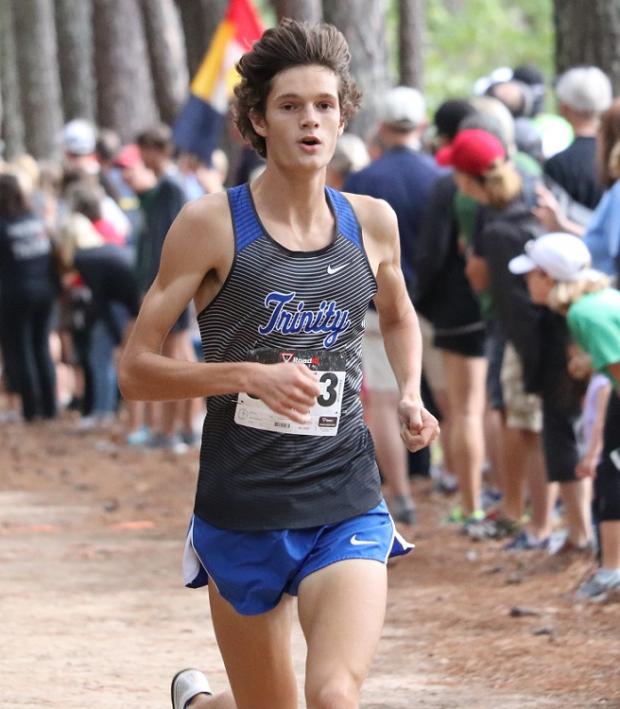 Just another stroll thru the trees for Jacob McLeod

Jacob McLeod of Trinity Christian Dublin, maybe had  a slight letdown last weekend at Great American, as the 2016 Foot Locker XC All American placed 3rd Overall. But, at Nike/Fleet Feet Coach Wood, he crusied to the Individual title winning by :19 clocking the winning time of 15:23 displaying he is going to be in the mix again to return to Foot Locker Nationals. 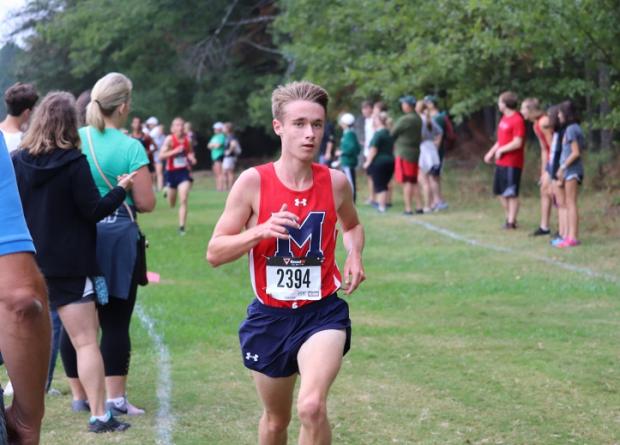 Many were wondering if #1 All-Classes Milton may have been holding back at the Furman Gene Mullin meet in SC last Saturday, in what appeared to be a 'tempo' run for the squad. But, that was not the case at North Georgia's Gainesville campus on the infamous Coach Wood course. The Eagles proved beyond any doubts, they will be heavy favorites to win the Boys 7A Championship and then move on to NXN Regionals in the quest to qualify for NXN Nats in Oregon. 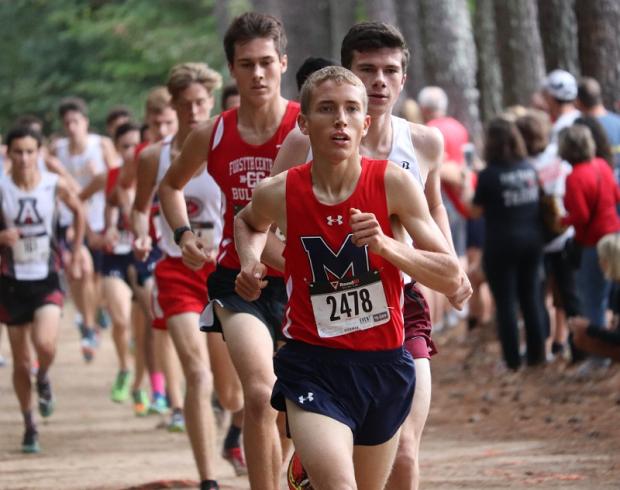 Nicholas Yanek of Milton ended up right behind Bowers..

The 1-2 punch of Sam Bowers and Nicholas Yanek finished behind McLeod taking 2nd and 3rd, with Bowers going 15:42 and Yanek 15:50. Michael Malkowski was 8th overall posting a 16:12. Closing out the scoring for them was Samuel Milton (13th) and Ryan Beitzell (18th) 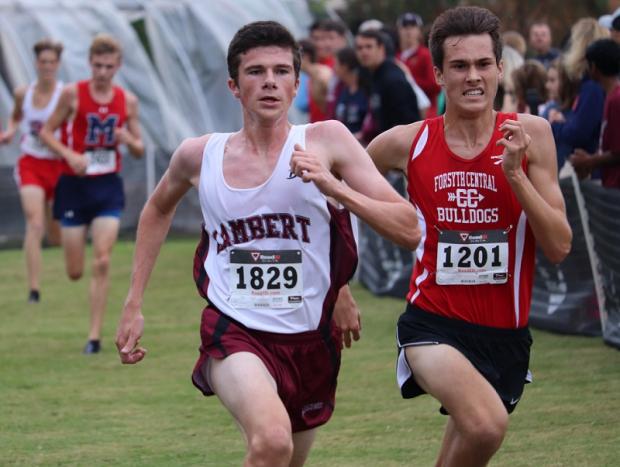 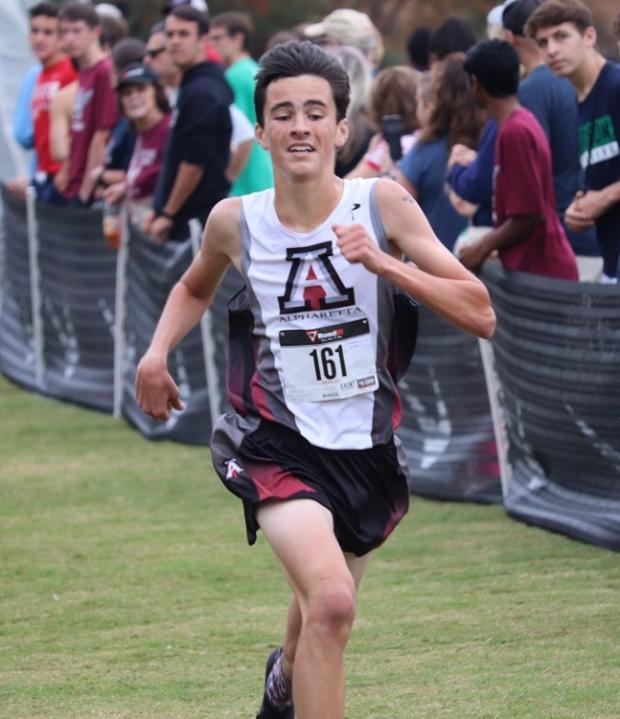 Championship Girls get off the line in search of the 'holeshot'

In the Championship Girls race, bragging rights were up for grabs as 7 of the top 10 All-Class squads would be going head to head leaving little doubt to what next week's Rankings will look like. South Forsyth's ladies made a strong statement, winning the team title, scoring 41 points for a victory margin of 30 over 7A rival Marietta. The key to their win was a 1-5 split of :44. Leading the way was Senior Kaylee Dupont who placed 3rd in 19:06, Aleesa de Castro in 9th at 19:28, followed by Madelynne Cadeau in 10th Overall in 19:30. 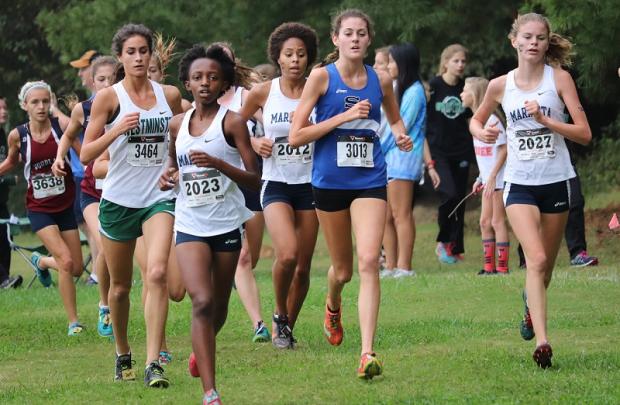 Marietta ran well as a pack taking 2nd as a team 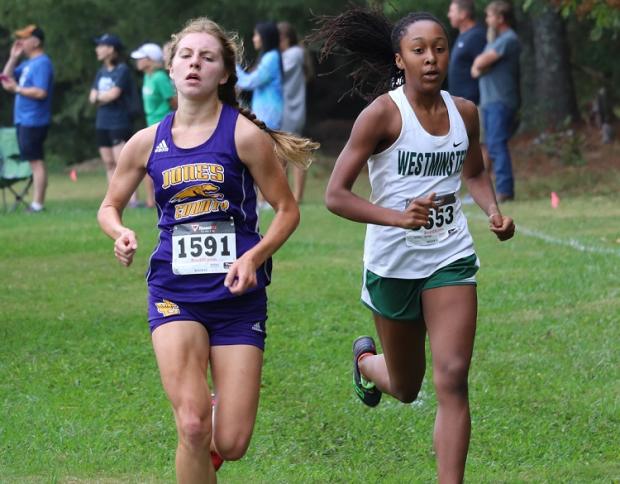 Jones County's Erin Leonard, made the long trip from Gray and came out with the Overall title, clocking the winning time of 18:43 winning by nearly 100 meters. Jones will be the odds on favorite to repeat as AAAAA State Champion at Carrollton in 3 weeks. Morgan Vaden of St. Pius X had a great race taking Overall runnerup honors in 18:57. Last week's All Classes ROW Naima Turbes raced well taking 4th place going 19:06. 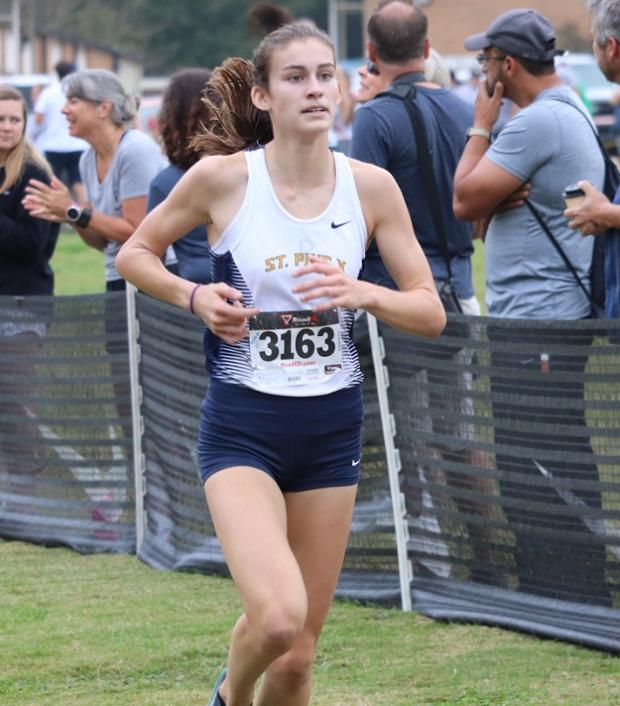 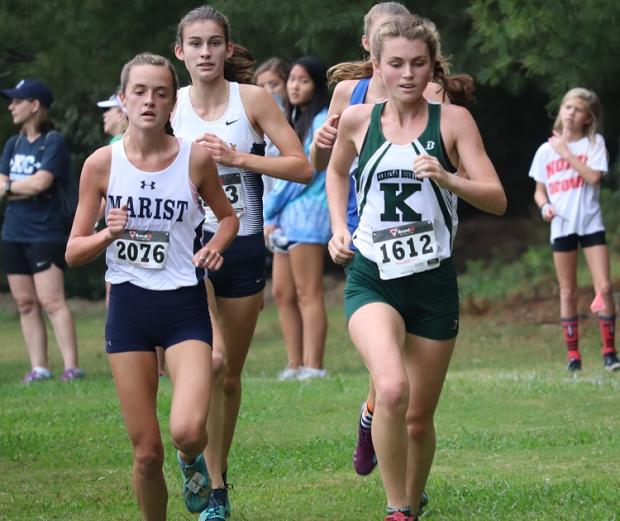 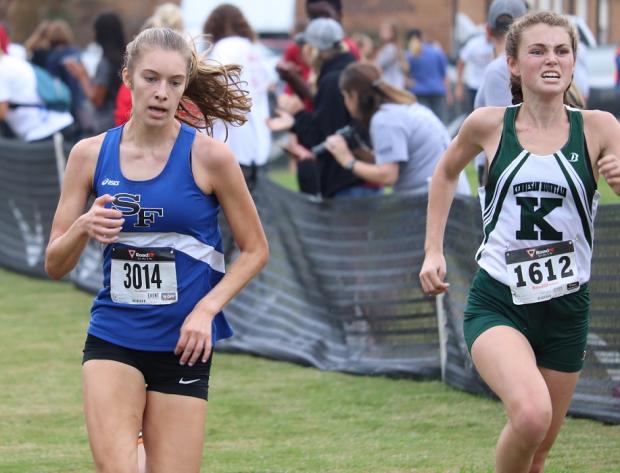 Kaylee Dupont and Elizabeth Rice race to the finish line