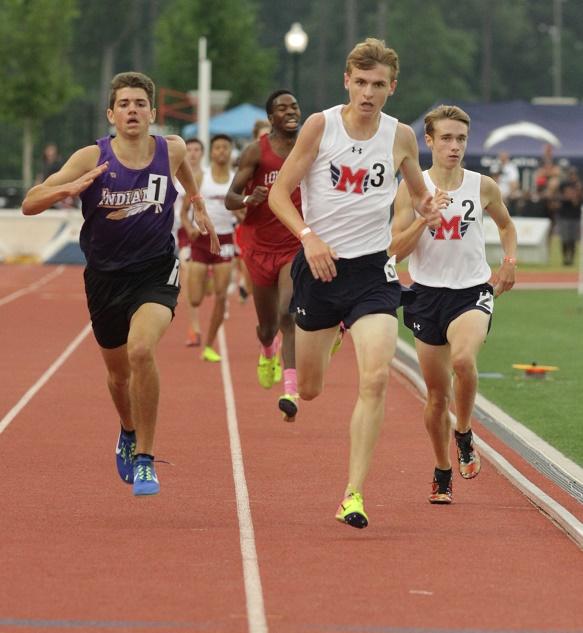 AAAAAAA Boys 1600- In a very non-tactical race, Kyle Harkabus from East Coweta overtook both Milton aces, Sam Bowers and Michael Malkowski with 5-7m before the finish line to win the 7A Boys 1600 title clocking a 4:15.61. 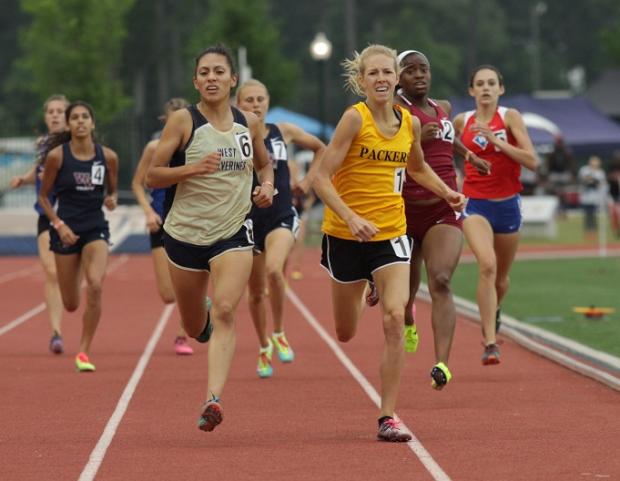 AAAAAAA Girls 1600- Its a tall order in 7A Girls for someone to double in the 1300/3200. Elizabeth Funderburk of Colquitt nearly pulled it off, had not Liz Galarza turned on the jets passing her for the win at 5:00.45 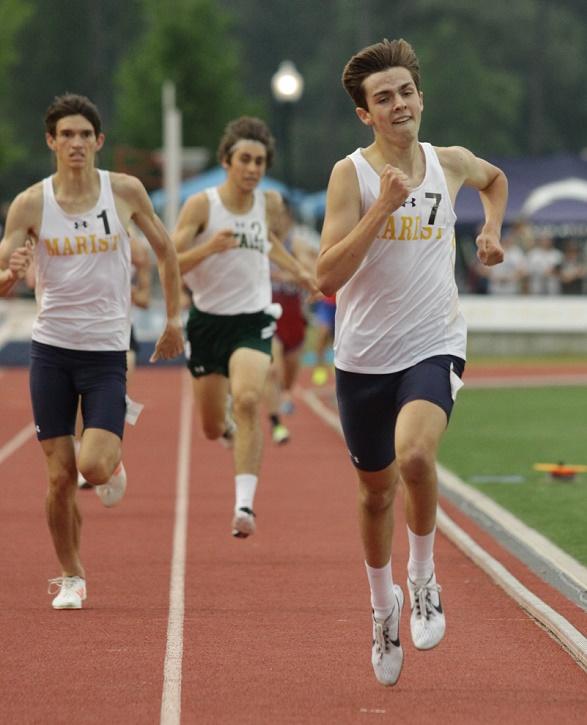 AAAA Boys 1600- In a very tight race, Leif Andersen of Marist drove down the homestretch with fellow War Eagle Knox Pittman in tow, sweeping the top 2 places for Marist and 18 team points. Andersen's winning time was 4:20.39 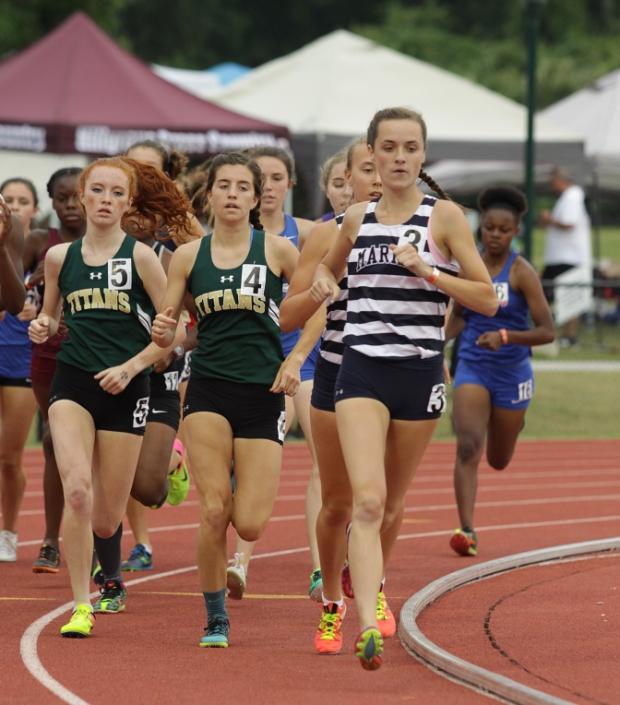 AAAA Girls 1600- Marist and Blessed Trinity runners began to control the race after lap 1. At the Gun Lap mark, 7 runners were still bunched together with Bagwell running aside Wirtz of Marist. With 300m left, Bagwell, Wirtz and Kathleen Maley of Marist all made moves separating from the chase pack. With 30m to the wire Bagwell began to lose her balance and Maley passed her for the win at 5:08.28, Bagwell 2nd at 5:09.67. Nicole Pachuta of Oconee snuck past Wirtz for 3rd place. 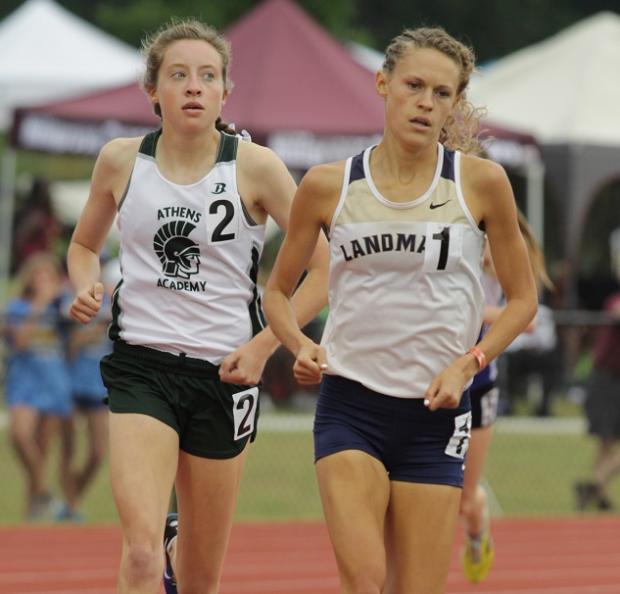 A Private Girls 1600-  Nicole Fegans of Landmark Christian took the lead early followed by Anna Marian Block of Athens Academy, Reagan Mahoney of AIS hung tough with them for 800m, while the field behind them was racing for remaining Podium spots. It was a great duel, with Block taking the lead with 650 to go.  Block built an 8-10m lead at 300 left and tried to break Fegans, but she would have none of that and began to measure Block and began slowly creeping up on her down the backstretch. When Anna Marian had 120m left, she began laboring, Fegans may have sensed this, and began sprinting down the homestretch, passing Block with 15m left cruising in for the win at 4:54.97. 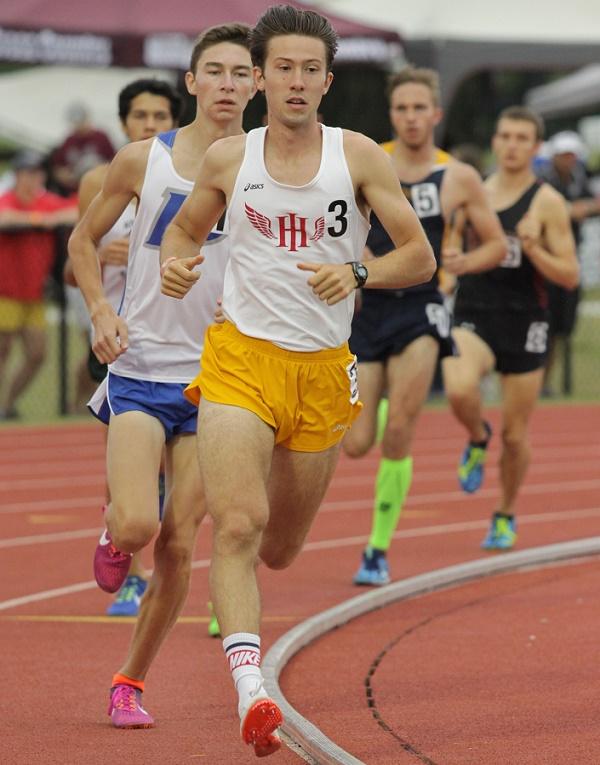 A Private Boys- 1600- This quickly turned into a 2 man race after 1 lap between a fresh Ben Davies of Holy Innocents and Thursday nite's 3200 A Private Champ Griffin McCauley. Davies began to separate a bit on lap 3, and kept extending his lead until he crossed the finish line first at 4:22.94. McCauley held on to 2nd place though posting a 4:28.59.