In a low key event, much like a Region warmup, 25 schools came to the Blue and Gold track at McEachern's track facility and 50 MileSplit National 2nd team Elite Performances were achieved. The Girls team competition was very tight all day with Harrison taking a 1/2 point victory over host McEachern, with Walton 10 points back. The Boys team competition proved that Archer is going to be a top challenger for the AAAAAAA crown this season, as the Tigers poured it on scoring 124 points for a 45 point margin of victory over 2nd place Shiloh, with McEachern 22 more points in the rear. 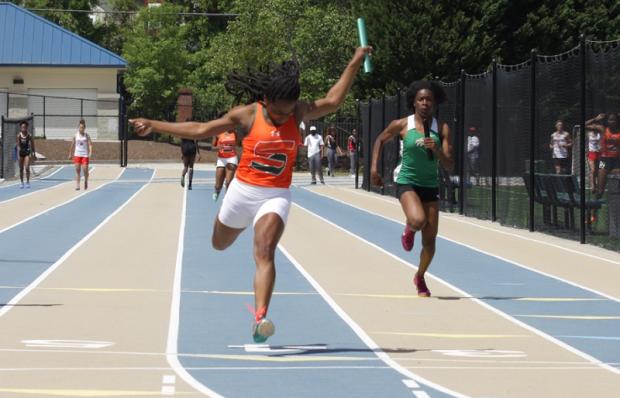 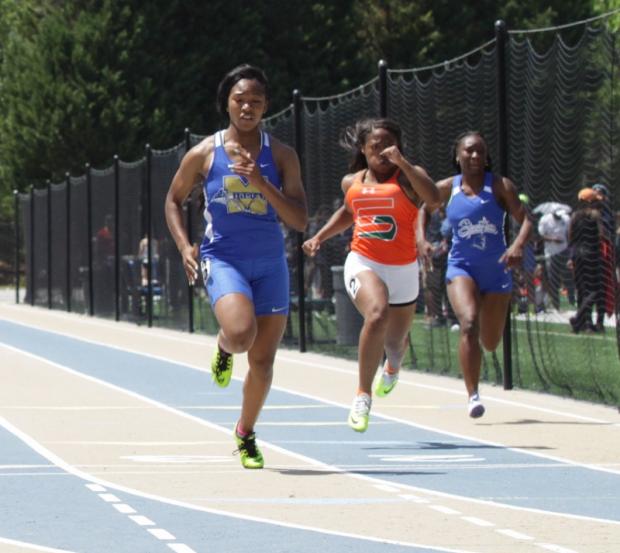 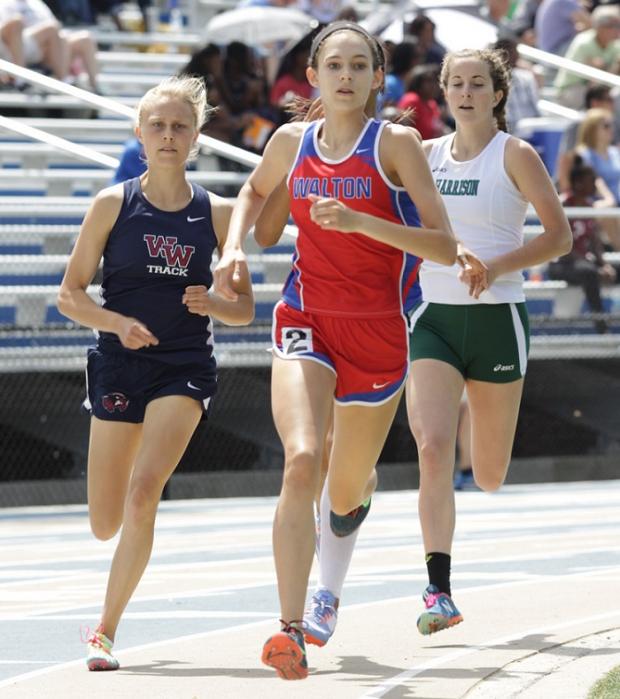 Abigail Robertson of Walton won the 800m run in a nice time of 2:16.48. Anna Burnett of Woodstock and Kira Stanley of Harrison pushed her. 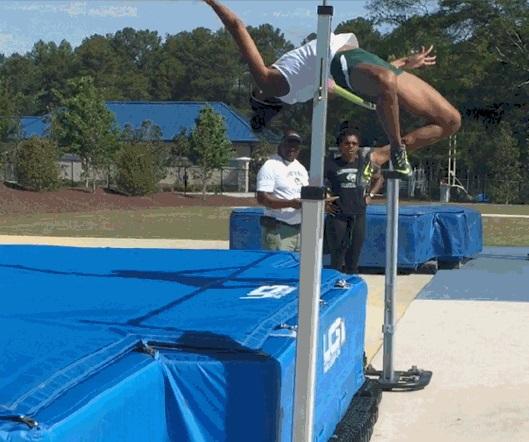 Sydne Wiggins of Harrison moved to #1 statewide in the HJ with a bar of 5-10. (photo Jason Scott) 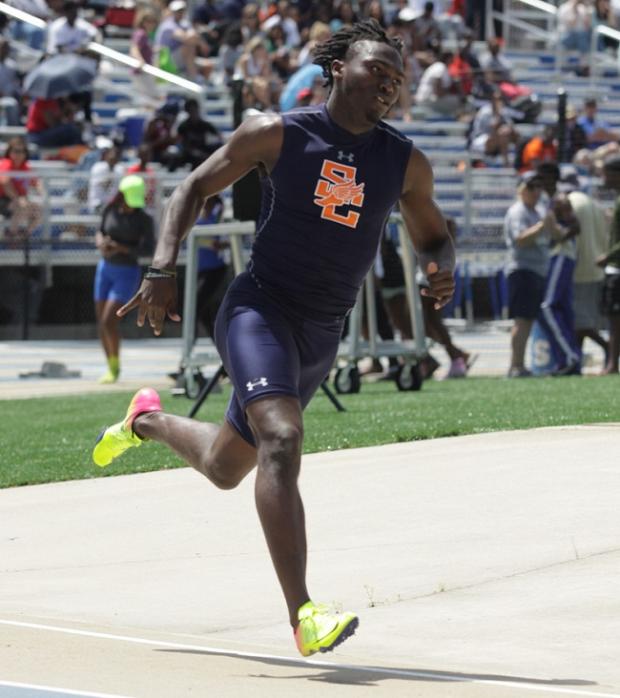 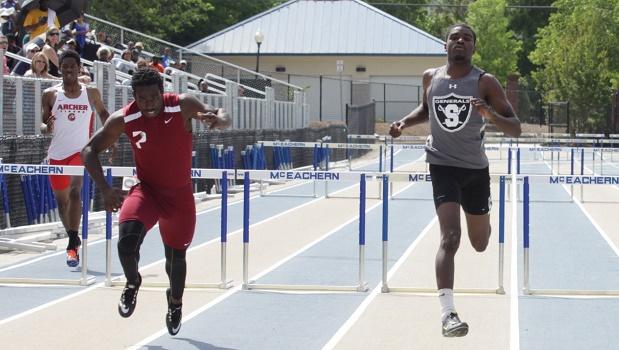 Julian McDuffie of Shiloh took a narrow victory in the 300h over Decovin Norwood of Pebbebrook. 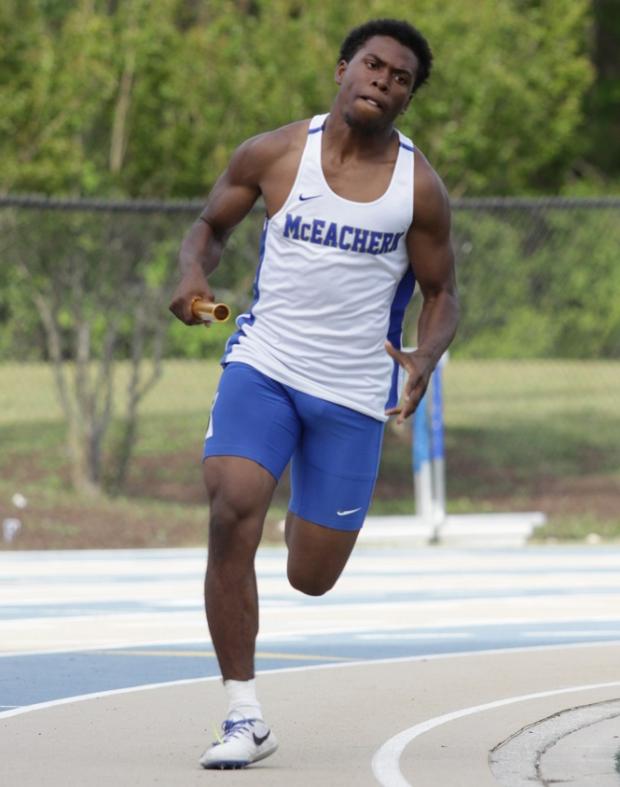 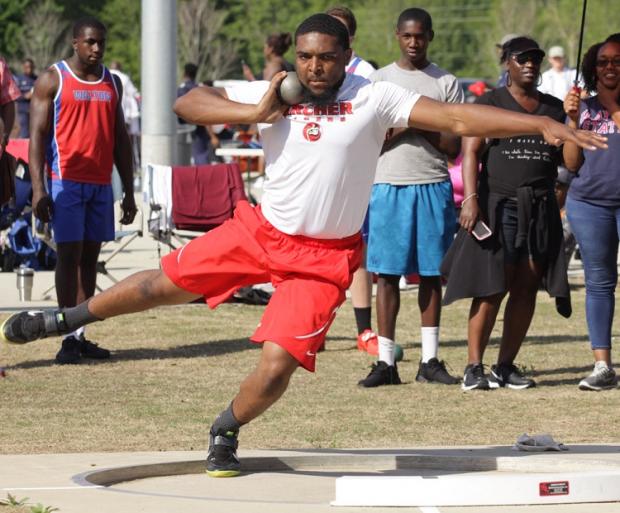