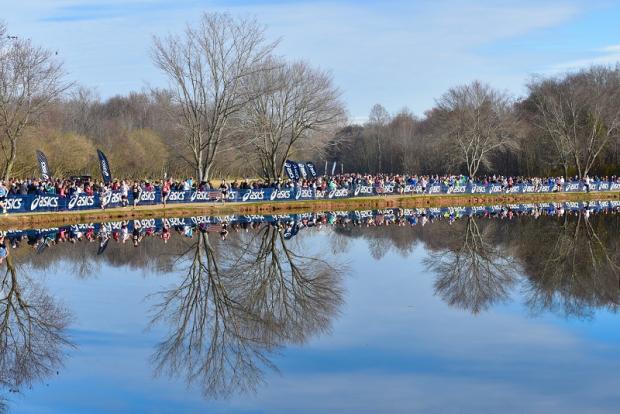 Magnificent image of the finish line lake by Daniel McCauley.

Georgia HS Girls have done quite well at Foot Locker South the past few years, especially in 2015, when Team Georgia won the team title! Seniors, Lindsay Billings, Emma Grace Hurley and Savannah Carnahan all qualified for Foot Locker Nationals. Back in 2011, Grace Tinkey placed 3rd at South and 6th at Nationals.  So we know going in that 7 of the top 10 at South Regional have graduated. Here is a brief look at who the top Georgia girls may be that have the best chance at punching their ticket to Nationals. 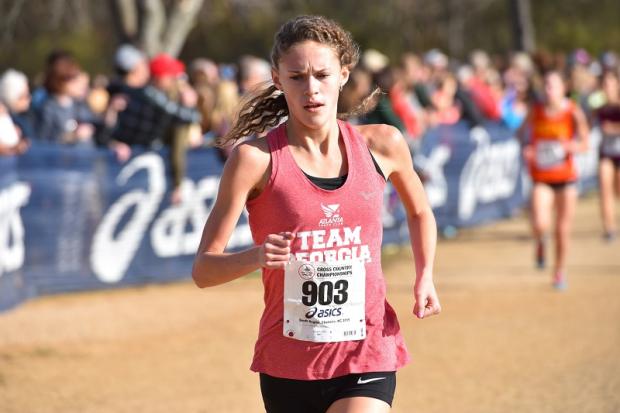 Nicole Fegans of Landmark Christian- Fegans is the A Private champ who was very strong in the 2nd half of the season, and had the 2nd best performance at State overall in 18:36. Nicole had a solid 17th at South Regional in 2015 clocking a 18:00. She is perhaps the top canidate to move on to Nationals, which would be a crowning achievement to her HS XC career. (photo by Daniel McCauley) 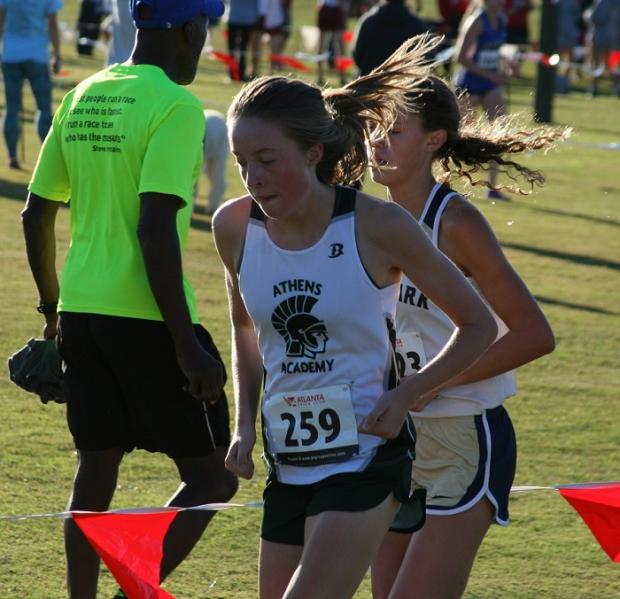 Anna Marian Block of Athens Academy- Block was the A Private runnerup and had the 5th fastest time at State in 18: 56. She has not raced at Foot Locker South as a HS athlete. She won every race this season except 2, both placing 2nd behind Fegans. She led at the 3 Mile mark at Alexander/Asics before being passed. (photo by Chris D'Aquin) 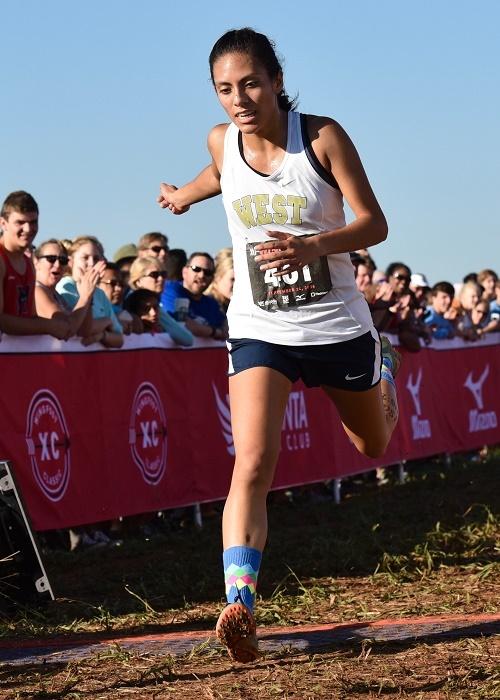 Liz Galarza of West Forsyth High School- Galarza put it all together at Carrollton on a windy Friday morning. She went 9 straight weeks without an Overall win, but pulled away winning by :19 at State over Kaylee Dupont posting the 6th fastest time of the meet at 18:58. Galarza was injured the 2nd half of 2015 and dnr at Foot Locker South. (photo by Daniel McCauley) 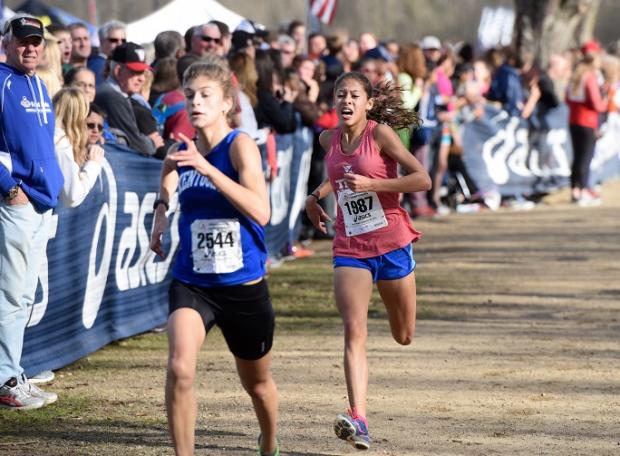 Sue Ann Morales of East Jackson- Morales is a 2 time AAA XC Champ, who ran into a rocket named Serena Tropodi at State, and placed 3rd overall clocking the 4th fastest State time at 18:55. She seems to like the quicker courses like Lamar Murphy and Foot Locker South where she returns as Ga's top returner having placed 13th with a 17:55. (photo by Daniel McCauley) 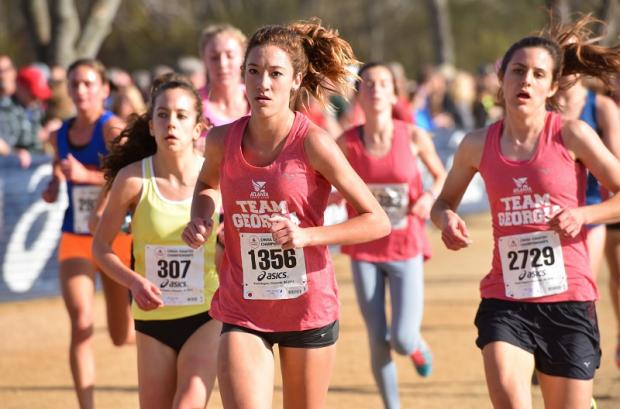 Audrey Honiotes from Hart County- Always in or near the lead, Honiotes had a great race at Meet of Champions on 11/12 at Heritage Christian Church course, beating her nemesis Morales, and a :01 behind Galarza who placed 2nd behind Fegans. She would love to have her best race at Foot Locker South, where as a soph she ran a 18:14. (photo by Daniel McCauley) 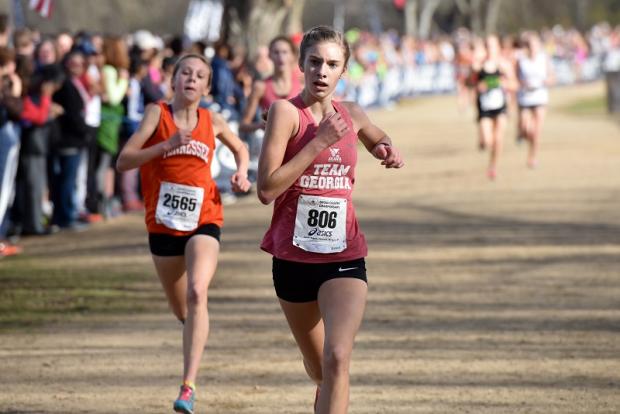