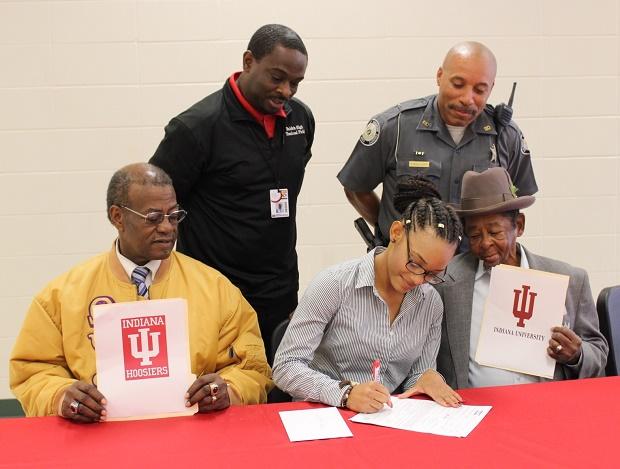 Zykeria Williams(Baldwin High School) joined several other national elite track and field student athletes this week, by signing a National Letter of Intent. Williams a school and state record holder in several events will be joining the track team at Big 10 powerhouse Indiana University. Williams is looking forward to joining the Hoosiers program this summer, after what she hopes to be strong senior season this year. Williams has compete on the national level for years through USATF and AAU. She began to turn collegiate coaches heads after her second place finish, as a freshman, in the GHSA 4A 200 meter dash in 2014. The next year she lead the Bravettes to a team state runner up and she was the anchor leg on the 4 x 100 relay team that set a new state record. Zykeria will major in criminal justice in Bloomington and hopes to to enter law school after trying out for the Olympic team in 2020.