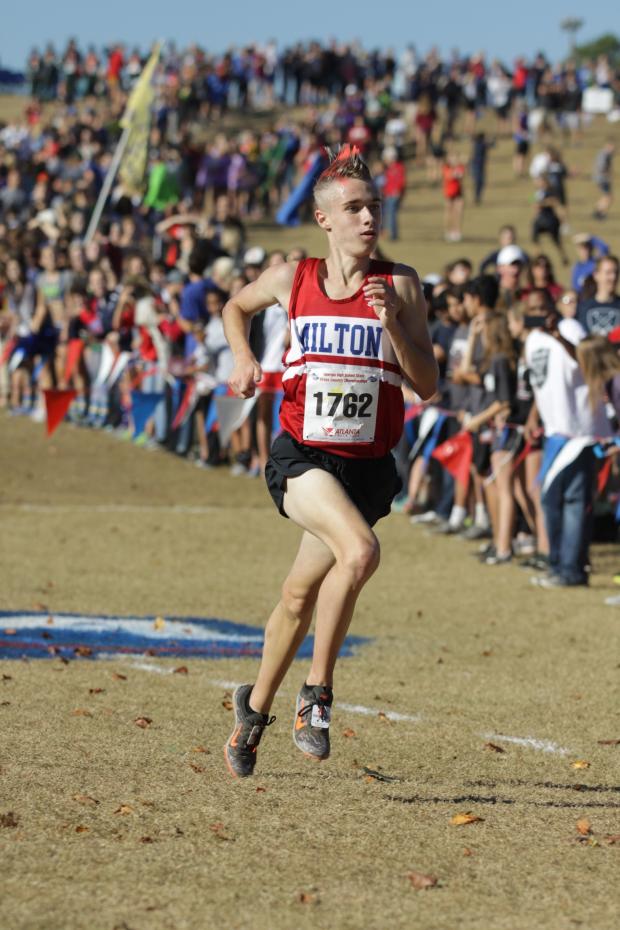 Sam Bowers charges to the finish line for Milton.

It was truly a strange day in the AAAAAAA races this morning at Carrollton. The 'State Course' may need a new name after it pounded many runners into submission, much like Negan's beloved baseball bat 'Lucille' in The Walking Dead. However, Lambert seemed to forge a relationship with the brutal course throughout 5000m, and the Longhorns earned their first Cross Country State Championship team title. 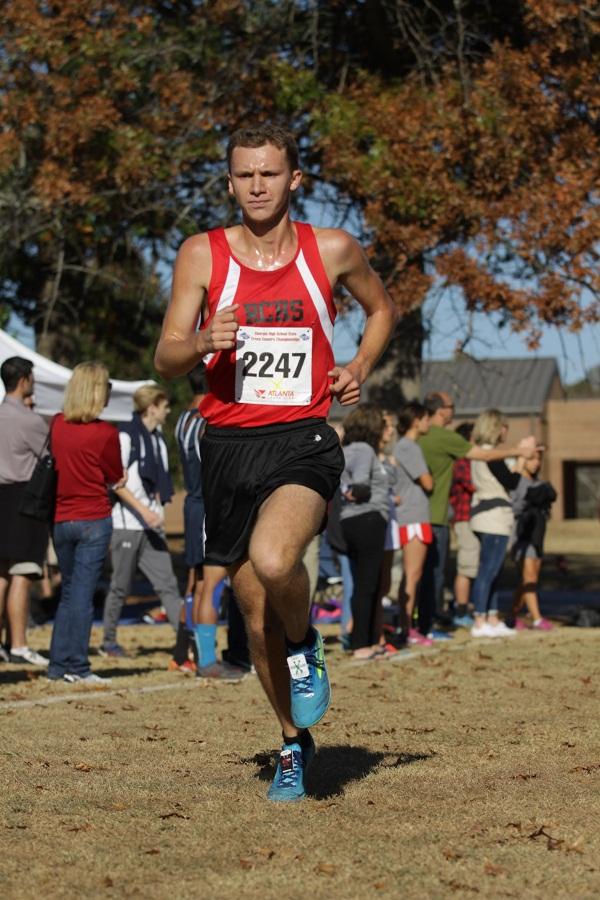 Dax Willette from Rockdale led early and held on for 4th. 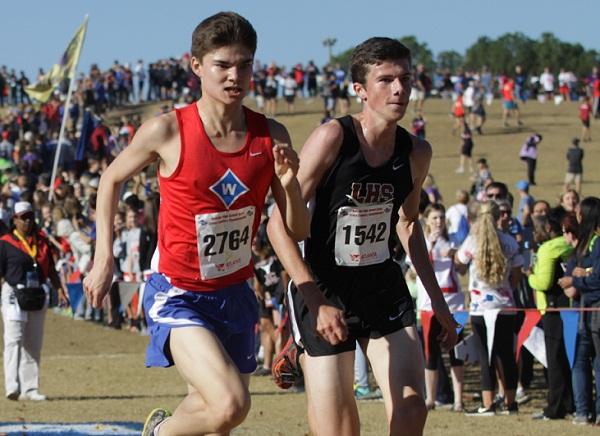 Tyler Fox from Lambert (R)surges ahead for 7th Overall

Sometimes, its just not your day..It's rare to see a Brookwood's 1st runner back in 18th place, but after that slow beginning, there was just too much ground to make up on the runaway Longhorn squad, even after a 1-5 split of :19. Patrick Smith led the Broncos 2nd place team effort taking 18th overall in 17:05. Miton was a strong 3rd, 27 points back, led by Individual State Champ Sam Bowers, who ran 16:07 for a :04 margin of victory. Running mate Michael Malkowski turned in an All State squad performance taking 6th overall in 16:31. Walton cracked the Podium behind their duo of Ben Dahlgren and Andrew Singh. Both runners crossed at 16:33, taking 8th and 9th place respectively. Left off the Podium taking 5th was Mill Creek HS, led by Steven Velequez in 17th place. Marietta slid back to 6th as a team, but had great races by Hayden Tullos (2nd-16:11) and Ben Patterson (3rd- 16:19) 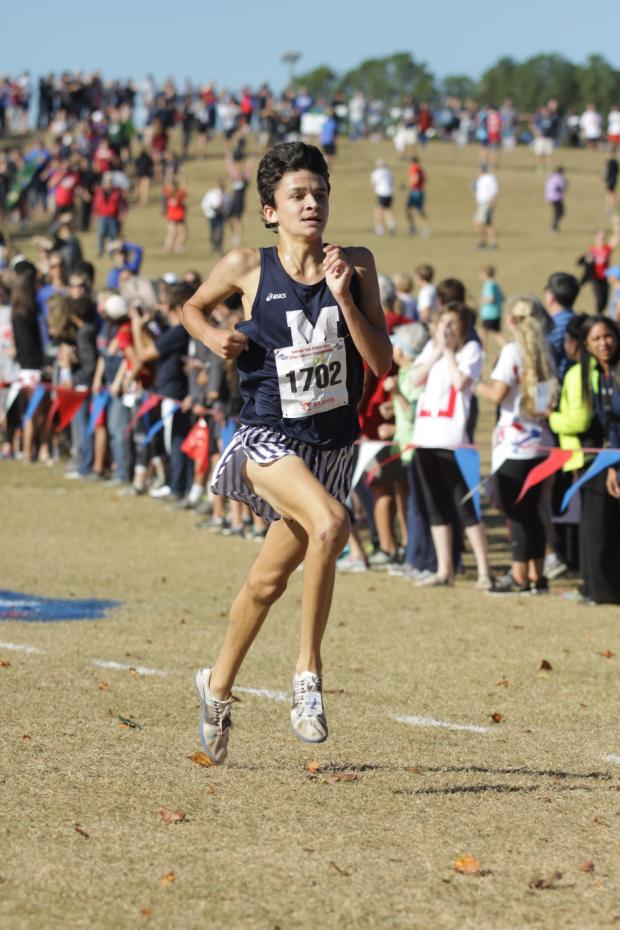 Rounding out the All-State squad (not mentioned above) were: Dax Willette from Rockdale County 4th at 16:21, Chase Condra of Peachtree Ridge 5th at 16:29, and from way down south from Lowndes County, Kaleb Wolfenden took 10th in 16:35. 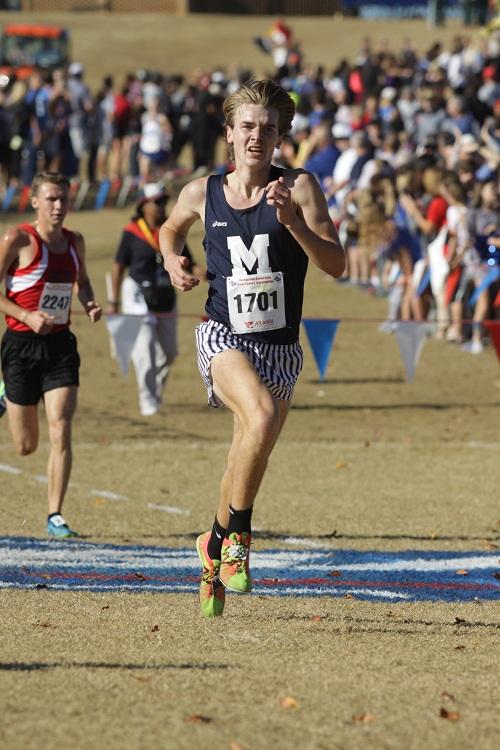 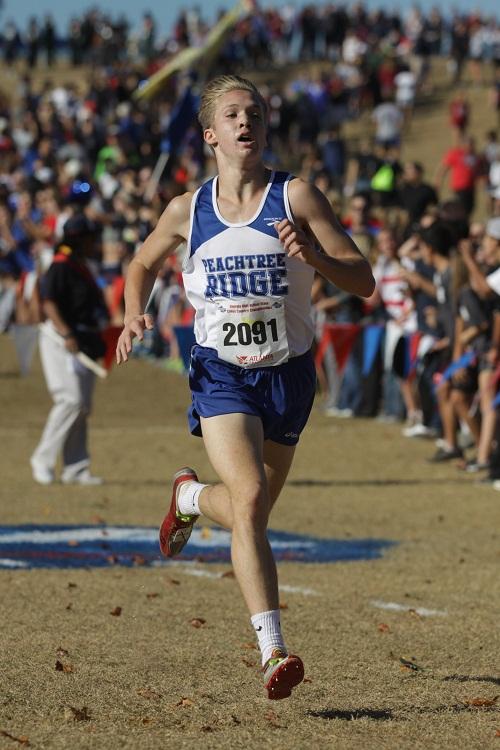