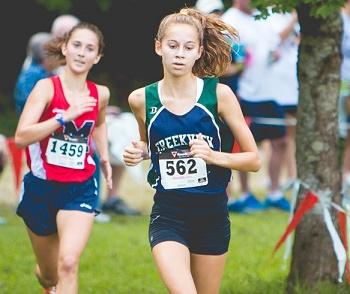 After a convincing win at Region over #2 ranked Creekview, the Lady Hoyas of Harrison with a strong top 4 girls are the favorite to win their 1st state title since 2001.  But don't give them the championship just yet.  Travis Pope's Creekview squad, led by individual favorite Nyah Hernandez, has beaten Harrison this year and will mount another challenge on Saturday.  Another team that might just squeeze to the top of the Podium is the Lady Raiders of Alpharetta.  They were the #2 6A team at Coach Wood and won a very tough Region 7 meet at Grant Park.

Region 7's top 4 spots were separated by a a total of 7 points.  Any of Johns Creek, Dunwoody or Cambridge could earn a trip to the Carrollton baseball field.  Gwinnett County has a strong 6A representative in the Dacula Lady Falcons led by Skylar English.  This is another team with 2 top runners that will could score very well.  Alexander also has a shot to break into the awards.

Rounding out the top 10:

Region Champs Richmond Hill and Heritage, all have a shot to break into the top 10.  Here are a couple of Region Runner-Ups that have a chance to get into the single digit placings: Lakeside-Evans, Northgate and Winder Barrow. 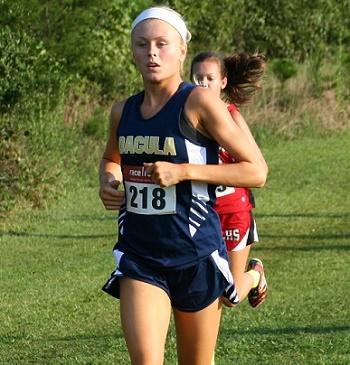 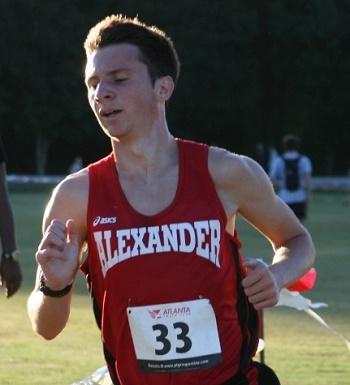 Preseason #1 Alexander HS has proven that they belong there.  With 2 legit sub 16:00 minute front runners and a solid 3-5, it will be hard for anyone to displace them.  But if anyone has a chance, it's Region 7 champ #2 ranked Pope Greyhounds.  The Greyhounds have a very formidable pack running style. These 2 teams have yet to face each other head-to-head.  If Pope can get a majority of their 7 near or ahead of Alexander's #3, they may have a shot of carrying home the title of 6A champ!

Fighting for the Podium:

After the top 2, there are several teams that have a chance to fill out the podium.  Region 6 champ Creekview ran very well in their 1st viewing of Allatoona Creek park and Cambridge was a strong runner up in Region 7. Dalton's region 6 runner up performance was a wake up call for some and with a strong front runner, they could score well. Alpharetta also has a shot at the podium if all run well.

Rounding out the top 10:

Region champs Lakeside -Evans (3), Richmond Hill (2) and Dacula (8) ran well at region and will be ready on Saturday.  Heritage has an individual contending for an solo title and could help the Patriots score low.  Allatoona also has an individual contender and they ran well at region 6.  Preseason ranked Harrison has been missing a few runners late in the season, will they be back in time for State?  If so, the Hoyas could contend as well. Kati Smallwood's Greenbrier squad was not far behind L-E at Region and look to finish high.

There are a slew of teams fighting for the podium and top 10 honors.  It's been tough to rank these teams all year.  It may come down to who's top runner gets that coveted single point.  We could see 6-8 teams within 40 points of each other fighting for 3rd-10th.  Gonna be an exciting race to watch! 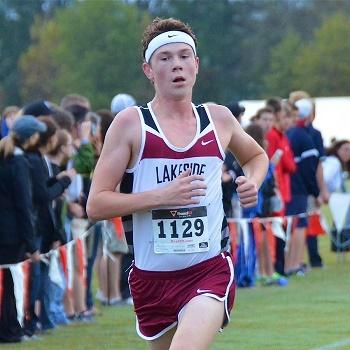