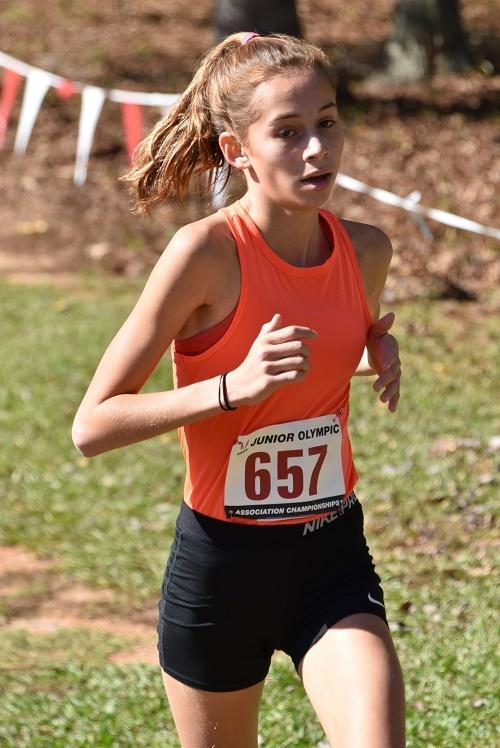 1- Harrison- Harrison stays in AAAAAA instead of being in the 'Super Class' and should be a strong contender to win the team title. The Bulldogs placed  7th at 2015 State. Harrison beat Dunwoody in the 2 head to head meetings in 2015. Harrison loses a key top 5 runner to graduation in Peak, but will have a strong core to pace them including: Kira Stanley and Kali Moody. Both teams are deep with plenty rising talent to restock their lineups.

1- Dunwoody- You cannot undermine Dunwoody's 2 straight state titles, but the Cats lost 2 of their top 5 runners to graduation in Heavern and Sills. Returning though, are AAAAA Individual State Champ Samantha Cameron and runnerup Kelly May Sheehan. The difference here could be which team has a surprise Freshman to break into the scoring mix. Dunwoody should be  a lock to win tough Region 7.

3- Creekview- Placed  3rd AAAAA last Fall. The Grizzlies may have lost their #1 to graduation in Lauren Wallin, but as far as STUDS!  Creekview picks up 2 time State Middle School Champ Nyah Hernandez, who will replace Lauren Wallin as their #1.  However, Creekview lost their #2 and #3 also.

4- Pope-  The 4-7 schools remain in AAAAAA including the Lady Greyhounds and after placing 16th in 2015, should thrive now and challenge for a Podium spot. Pope loses their top 2 including Ashley Kehoe, but return their 3-7 including: Hope and Heather Thornton and Darden Hearn.

5- Alpharetta - Alpharetta bested Pope by 1 spot in AAAAAA taking 15th and rockets up to 5th in the pre-season rankings. Region 7 is going to be brutal in late October as a top 10 squad will not Q' for State this Fall. Alpharetta returns 4 of their top 5 from 2015 including top runner Kenedy Thorne.

6- Johns Creek- The Lady Glads are another Region 7 school that stayed in AAAAAA.  In 2015, Johns Creek did not Q' for State, but will benefit from not moving up into the 'Super 44'. They do return 5 of their top 7 including top runner Jr. Allison Rothrock.

7- Centennial - The Knights are another team that dnq for the 2015 AAAAAA meet and they also fall into tough Region 7 as well. Centennial does however have a good core with 5 of their top 7 returning, including Katie Meyer who Q'd as an Individual for the 2015 State meet.

8- Cambridge- Cambridge moved up to AAAAAA after an 8th place finish in AAAAA last season. They will be a possible bubble team in Region 7. The great news for them is that their entire top 7 is slated to return. Jr. Chloe Phelps was their top finisher at 2015 State placing 22nd.

9- Alexander- The Cougars placed a disapointing 14th in AAAAA at 2015 State, but return 5 of their top 6 including Bailey Brackin and 800m star Brenda Ayuck. They should easily get out of Region 5, with hopes of a much higher finish at State this Fall.

10- Northgate- Northgate was in the mid top 10 all last Fall before ending their season 9th in AAAAA. The Vikings do return 3 of their top 4 from 2015 including top runners Elise Glorvigen and Caroline Nelson. Northgate is in Region 5 and will battle Alexander for that title.