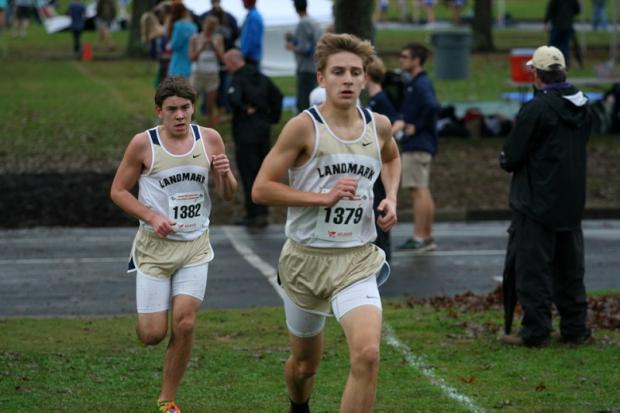 This race had the best course conditions of the day as officials kept runners off the course both Friday and pre-race Saturday. Landmark Christian, as projected, defended their title and won the Overall Team competition. They were just too strong from 1-5 and executed the strategy Coach Bill Thorn devised. They scored only 40 points with a team average of 18:35 and a 1:05 Split. Garnering All-State honors for the winners were Jr Seth Cruver, 4th place at 18:03, and Austin Taylor, 5th in 18:06. 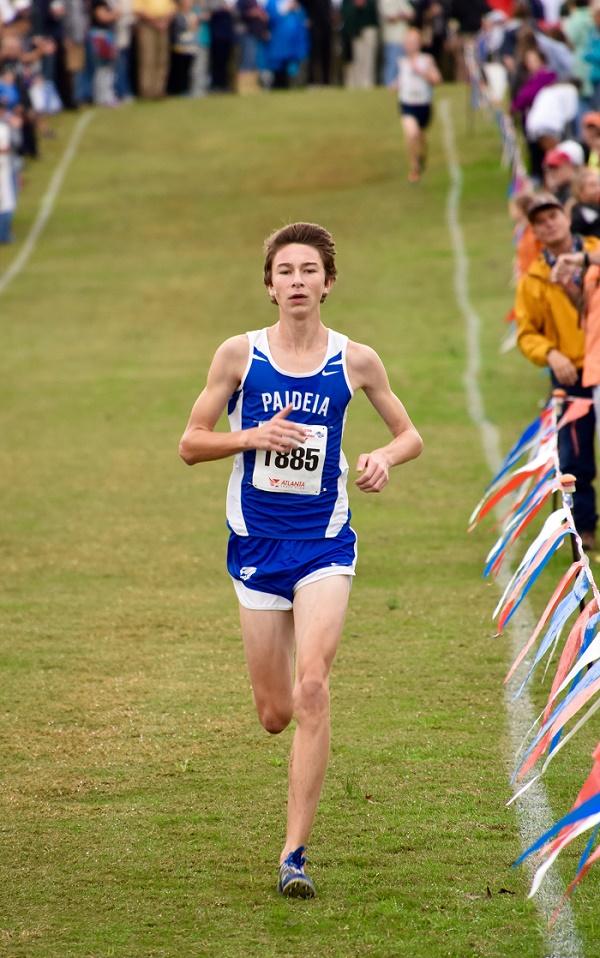 There was a predicted showdown for the Overall title between Sam Shaylor of North Cobb Christian and Sophomore Griffin McCauley of Paideia. The 2 had tangled previously 4 weeks ago at Alexander Asics, with McCauley getting the best of that one by :05. With the State Title on the line, McCauley was taking no chances as he ran shoulder to shoulder with Shaylor from the gun. At the 1 mile mark, McCauley decided to make a break for it, put in a major attack, and opened up a gap on Shaylor. McCauley steadily pulled away, winning his first GHSA title and clocking a 17:24. Shaylor was solidly 2nd, posting a 17:35. Freshman Hugo Levisse of Atlanta International worked his way up, taking 3rd Overall in 17:53. 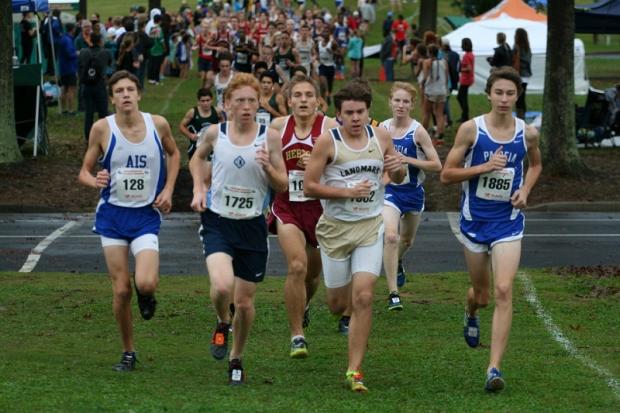 It came down to a 6th runner tiebreak for Team Runnerup honors with Hebron Christian getting the best of Paideia. Sr Mark Stein led the Lions' efforts, placing 10th Overall in 18:33. The Pythons were boosted by McCauley's win along with 'Mad' Max Heaberlin's 6th place finish in 18:19 and Nasir Campbell's 12th. Athens Academy raced to the final Podium spot, placing 2 on the All-State team, including soph Ryan Iyer with his 7th (18:26) and Alex Branch, 8th (18:31). Galloway edged PCA for 5th place teamwise. Also earning All-State honors was Tunji Afolebi-Brown from Mount De Sales, placing 9th in 18:33.