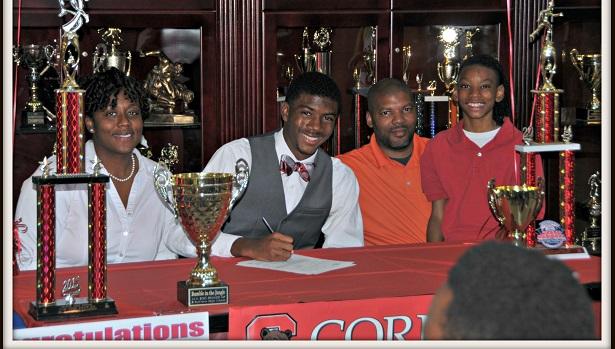 Austin Lyons of Archer HS signed his NLI to compete on the next level for Ivy League school Cornell University. Austin is the current Region 8-AAAAAA champ in the 300 Hurdles and placed 2nd in the 110h and Q'd for State easily in both of of Sectionals.