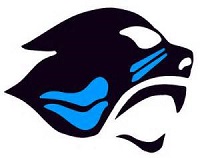 Well, well its finally here....Clarkston vs Forsyth Central for all the marbles.  Clarkston had an amazing race in 2013 placing 2nd behind Flowery Branch and getting alot of new fans in the running community.  Forsyth Central has risen from the ashes of obscurity as a program to a power that can challenge for a Boys 5A team title. Clarkston has picked their meets carefully and after Bob Blastow have competed at courses that test one's resolve. Forsyth Central has done well in high profile meets and took a tour of the State course at Last Chance 2 weeks ago.  One shouldn't discount Flowery Branch as they have tasted success at State, run well as a pack, peak at State and performed very well at Region on Course F at the Horse Park with a 17:10 team average. Region 4 team Starrs Mill was tough in awful weather at region on the Heritage Church course.   Creekview should challenge for a Podium spot and have their opportunity to prove they are better than their ranking all season. McIntosh has the potential to push for a top 4 slot. Lakeside Evans got by Greenbrier at region by a narrow margin, the question remains can they bring it at State as they have on the 'speedways' in recent history. 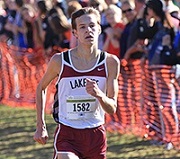 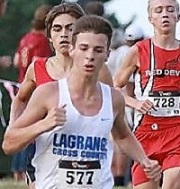 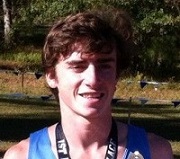 If Logan Poteet is healthy (how can a Terminator get sick?) he's going to be out early (ala Prefontaine) and make everyone chase him, moves will be made and he will keep separation and even pull away draining the energy out of the chase pack. Someone is going to have to have something really special to push him the final mile as Poteet also has good footspeed.  Lakeside's Christian Bowles has torched some 'race tracks' with a season best of 15:25 at Asics and is the only 5A runner to beat Poteet this season at Coach Wood. Hakeem Mustafaa of Shaw (Columbus) actually got the best of Bowles head to head at Asics going 15:19, the question is was he holding back/nursing an injury at region (17:11)  as Lagrange's Sam Bowie torched the 'Kinnett Stadium' course (Hakeem's turf) in 16:04 along with fellow 'Granger' Jonathan Pelham in 16:48. Clarkston's Abbkar may decide to go with the lead pack in order to score low and wouldn't it be interesting if he chose to pursue Poteet? Allatoona's Colton Page has went heads up vs Abbkar and Bowie this season and finished just a few srtides back of each...Joshua Warren of Starrs Mill crushed it at region and should be along for the ride.