Marist was business as usual protecting their home turf scoring 48 points besting a strong effort by West Forsyth and South Forsyth. The War Eagles placed 4 girls in the top 10 including Individual Champ Morgan Ilse (18:45) Josie Wirtz 7th in 20:11, Caitie Faust 9th (20:19) and Kendall Nelson 10th (20:28)  It was a great battle for the next 3 team places as West Forsyth supported their ranking over South Forsyth by a narrow margin of 3 points..Liz Galarza paced West with a 4th place finish at 19:42 while South was led by junior Savannah Carnahan taking 2nd in 18:59 and teamate Kaylee DuPont 6th in 19:58. 2A Lovett was strong yet again placing 4th as a team led by 2A ROW (ending 9-6) Serena Tripodi taking 3rd in 19:38. Kingsley Green of Etowah rounded out the top 5 crossing in 19:49 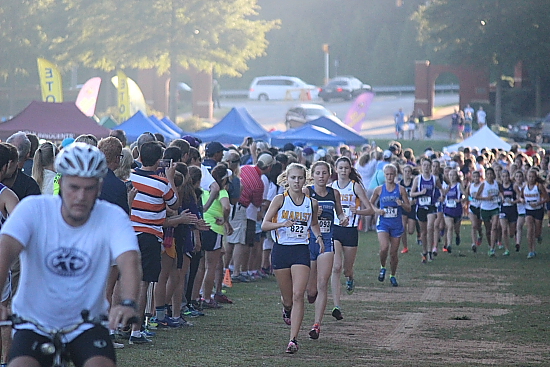 The 'Rabbit' had a tough day on DD keeping ahead of the likes of Ilse, Carnahan and company    Image by Kevin Carnahan 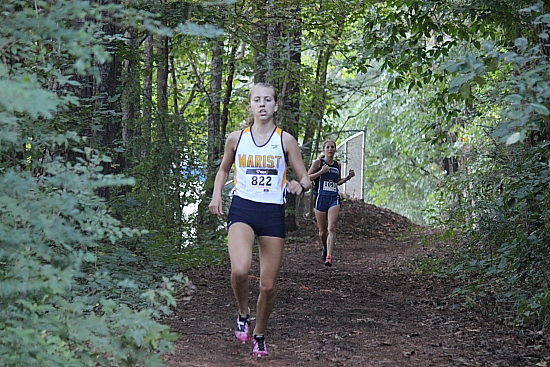 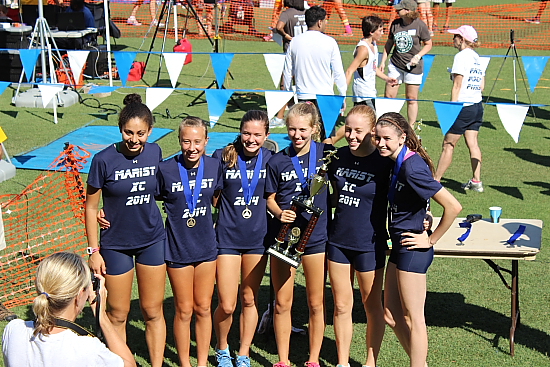 The Varsity Boys team race was a real barnburner as just 11 points separated the top 4 schools!  Etowah's Eagles reigned on this day as they were just a little deeper than runnerup West Forsyth today eeking out a 2 point win. Having their top 4 in the top 21 spots was a difference maker led by the 8th place effort of Michael Perona in 17:11.  Junior John Green of West Forsyth followed up his 8th overall at the Stage Races with a crazy performance at Double Dip taking the lead and extending it over a talented field and hung on for the win in 16:43 leading West to their runnerup team finish. Teamate Brian Skoglind's 7th place finish in 17:06 was key as well. Woodward Academy was 3rd as a team led by Alex Murfee's 5th place performance of 16:58. South Forsyth was 5 points back led by Ryan Peppenhorst's 10th place finish. Frank Pittman gave the home folks something to cheer for almost catching Green taking 2nd in 16:45, and rounding out the top 5 were Spencer Fields of Darlington (16:55) and Lakeside DK's Davis Stockwell in 4th clocking a 16:58. 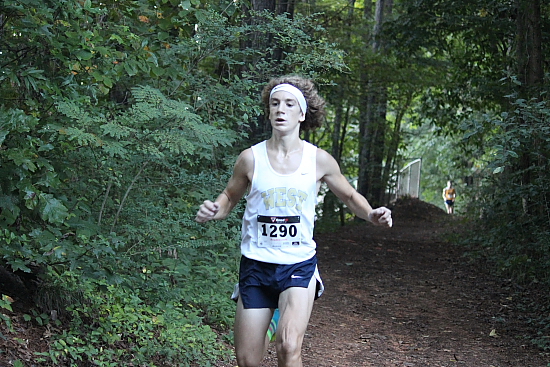 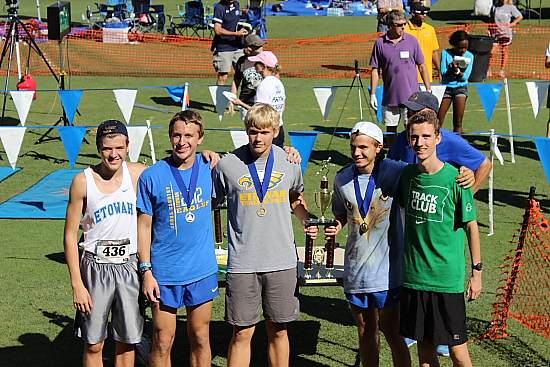