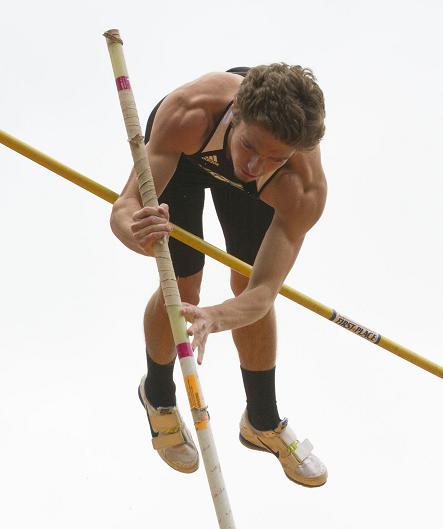 John Rudd, the 5A State pole vault champ, has committed to Rice University.  Rice has one of the best vaulting programs in the country with a recent NCAA champion and several conference champions.  Rice even has two Olympic vault gold medalists to its credit (Fred Hansen 1964 and Dave Roberts 1976).  Rudd had the second best vault in the state this year at 14-7.  He will attend Rice and vault for them on an academic scholarship.