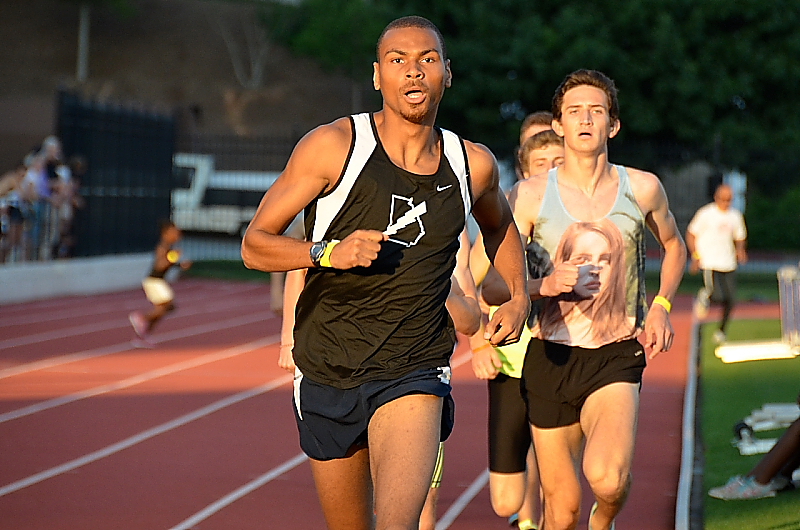 State Track Champions converged on the ATC All-Comers meet Tuesday night at Emory University.  An enthusiastic crowd and over 530 runners were treated to some of the best racing of the year in what turned out to be more fun than a flash mob party.  Distance runners at State usually compete in the 1600/3200 combination if they qualify. It was fun on Tuesday to watch these terrific athletes go head to head in the 800 meters as a warm-up, before they had it out in a rare 5000 meter race on the track at the end of the night.  Austin Sprague, 3A Champion 1600 & 3200, Robby Keough 1A Champion 800 & 1600, Reilly Friedman 1A 3200 Gold and 1600 Silver medalist, as well as State Medalists Jack Henderson, Nick Schofer, and more, all competed.  Former Grady star, Zane Coburn grabbed the win in the 800 meter race with an unofficial time of 1:52.  Robby Keough was right there with a couple of college runners in tow. 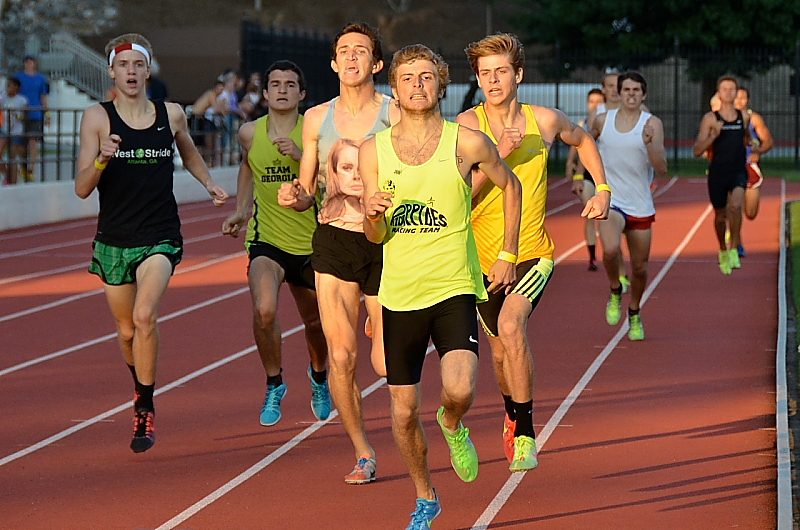 In the massive 5000m Heat #1, Galloway’s Friedman jumped out fast and established an early lead with two strong challengers.  Austin Sprague crossed the gap solo, and the four motored away.  Running well in the chase pack, Robby Keough somehow got tripped up and went down. He recovered quickly, and continued pursuit of the leaders.  SPX star Sprague eventually pulled away from his companions and crossed the line in 15:11. 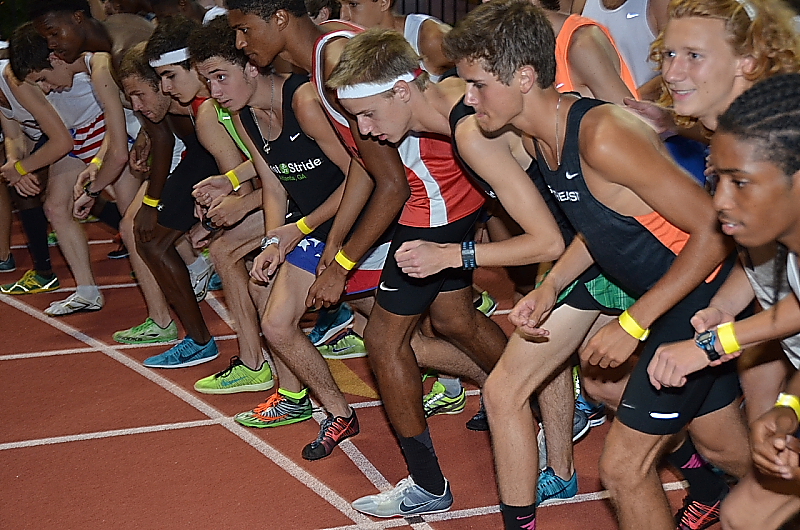 All Images by Dan McCauley
Friedman put in an impressive run along with of members of the Georgia Tech squad (who used the race as a training tool) Up and coming runners, Frosh Frank Crippen-Ginsberg finished in 16:03, and Middle School State 3200m Champ, Griffin McCauley clocked a 16:42.
Here’s looking forward to next Tuesday to see who will come out for the 3000m!
Tweets by GAMilesplit