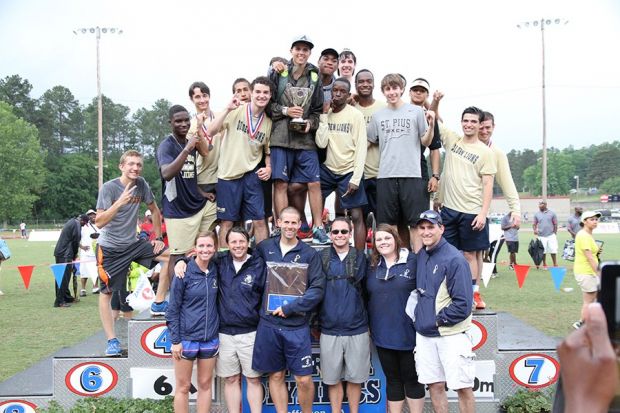 St.Pius X successfully defended their title scoring 97 points literally 'outdistancing' the Field without winning an event Saturday though Joseph Ferrugia added a silver in the 800m and their 4x400m squad seized a bronze. Coach McClay commented that the Golden Lions this season were blessed with talent and a special group of young men to coach. 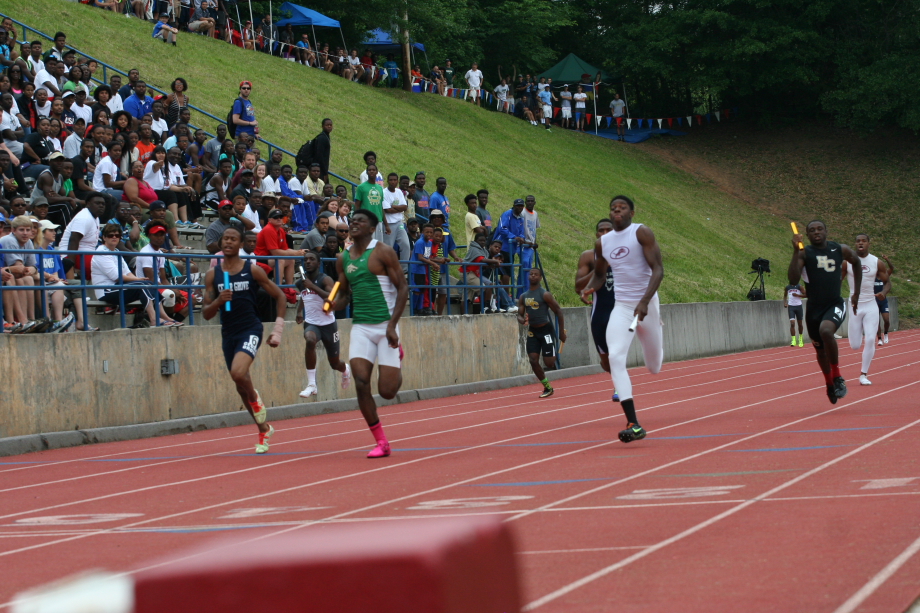 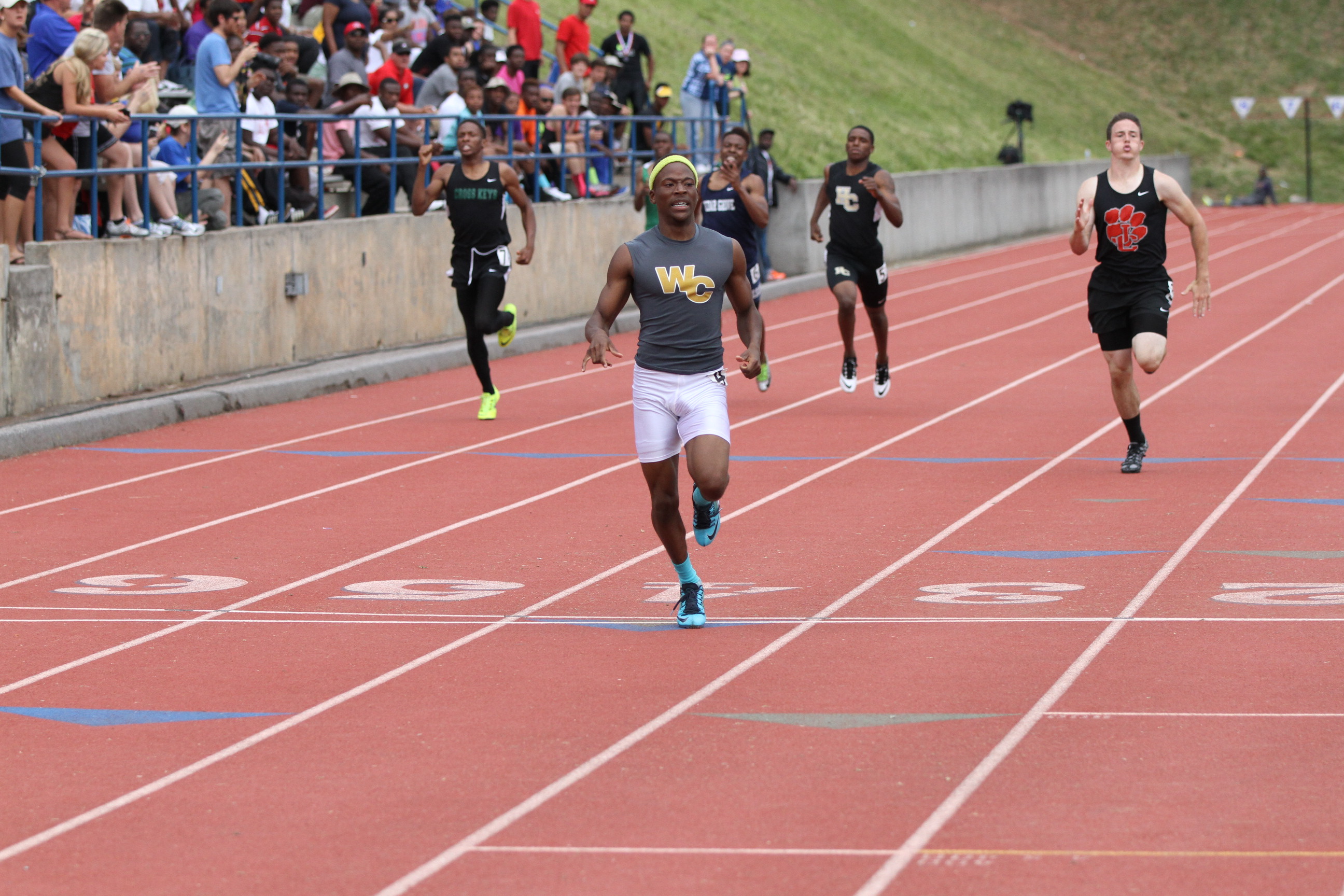 WACO's Quintaveon Poole defended his 400 meter title by not only winning, but simply dominating the race gliding around the track posting a top 10 USA MileSplit time of 47.30. Tood Woodring from Jackson County HS (just across US 29) turned in a well earned tough Silver medal going 48.60 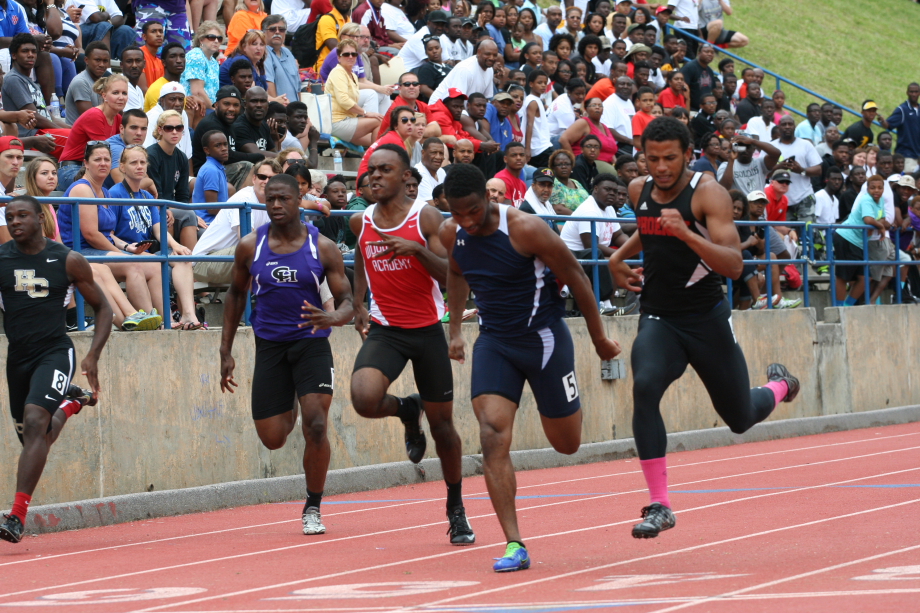 Andrew Slaton from little ol' Sonoraville defended his 100 meter crown taking the Gold in 10.76. Marquise Dye from nearby Elbert County placed 2nd in 10.81 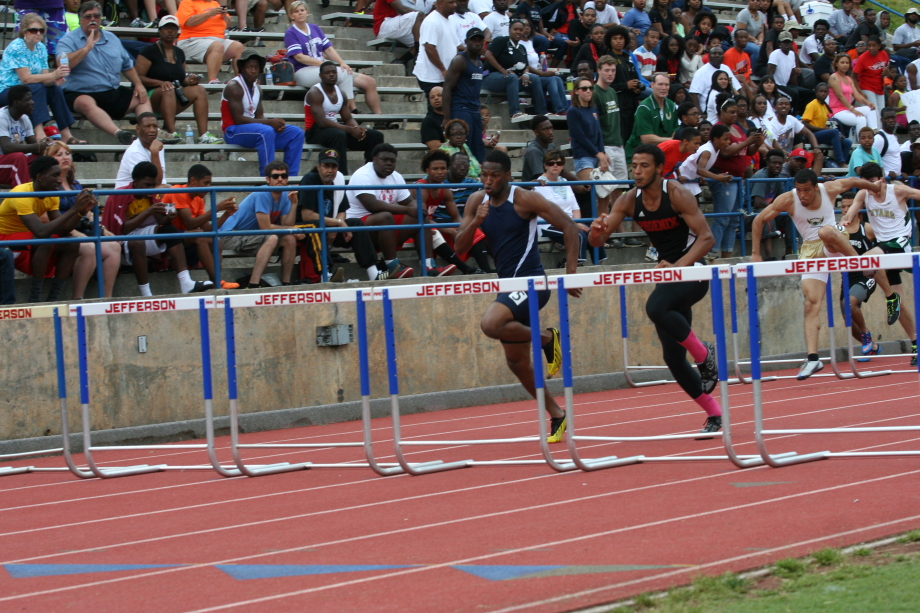 Less than an hour later, Slaton and Dye had a rematch, this time in the 110h. Both settled into the blocks with Slaton  defending his110 High Hurdles title winning the Gold clocking a 14.03 nipping Dye a meter back in 14.05 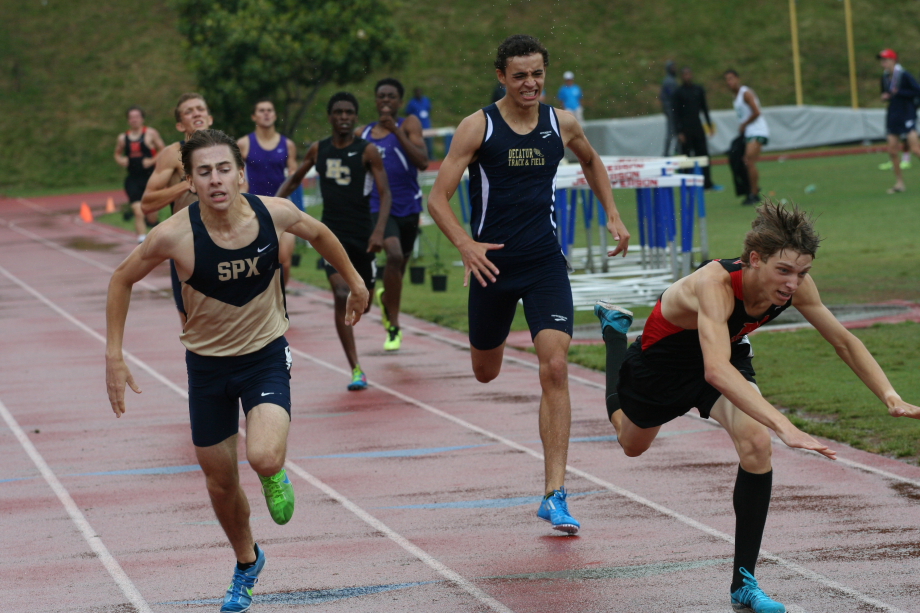 Most folks aren't aware of the nagging injuries Harper Sigler from North Oconee HS has fought thru his freshman Track season and this past XC season...but now healthy, Sigler was ready to compete and took advantage, holding off a desparate rally by Pius' Joseph Ferrugia diving (accidentally?) across the finish line taking the win in a pr 1:57.16. Ferrugia was .10 back... 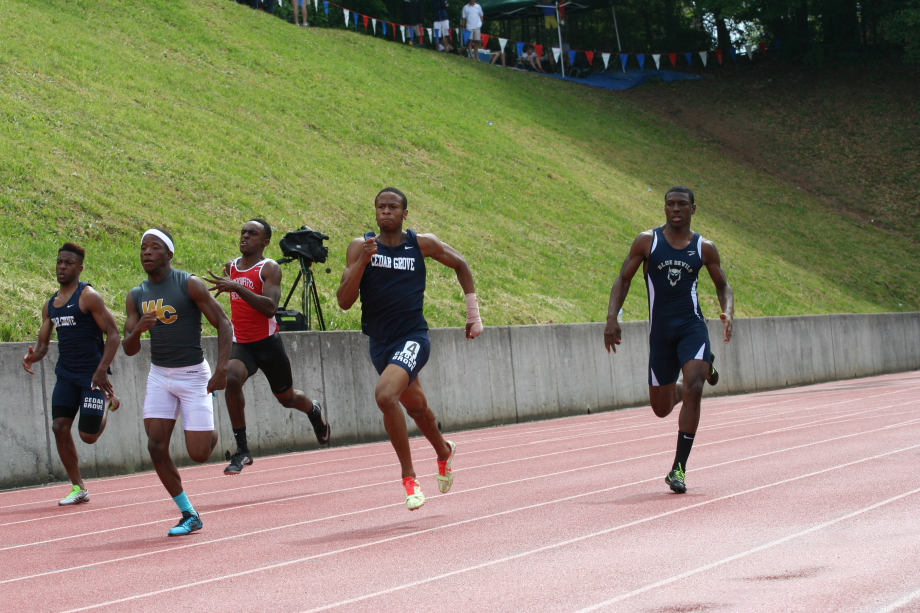 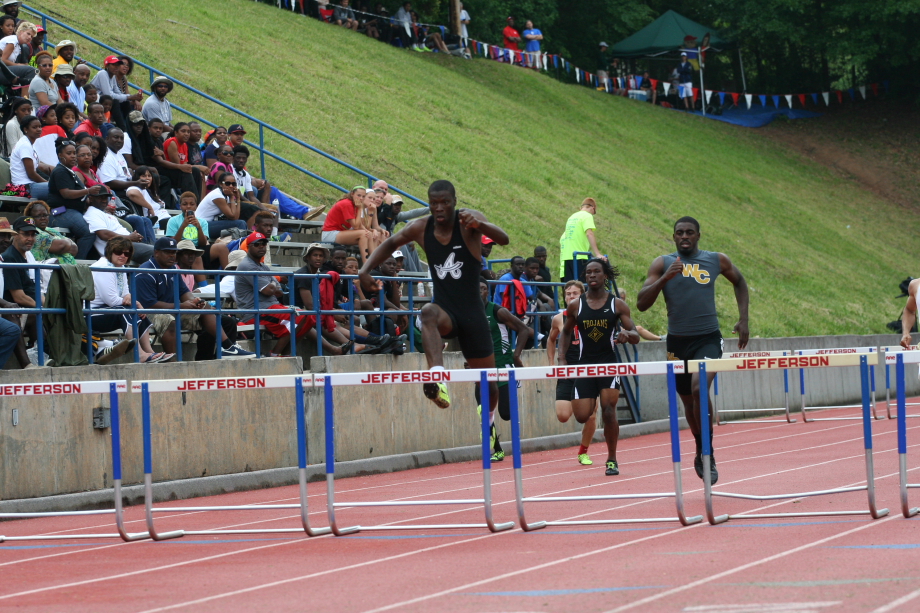 Kevin Johnson of Appling County made the long trip from Baxley well worth the time taking 1st place in the 300 hurdles posting a winning time of 38.18. WACO's Damian Sanders also had a nice race seizing the Silver posting a 38.69 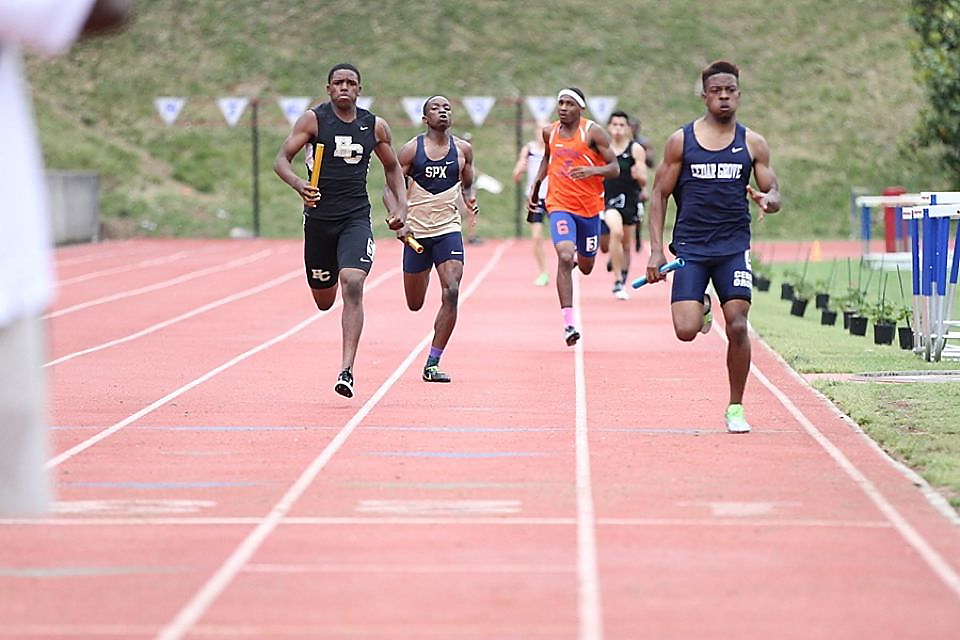 Cedar Grove closed out the 3A meet winning the 4x400m relay as projected in a very tight race clocking a 3:20.35 as Henry County was closing hard in an outside lane placing 2nd in 3:20.97. St. Pius X continued to not take the foot off the gas placing 3rd.