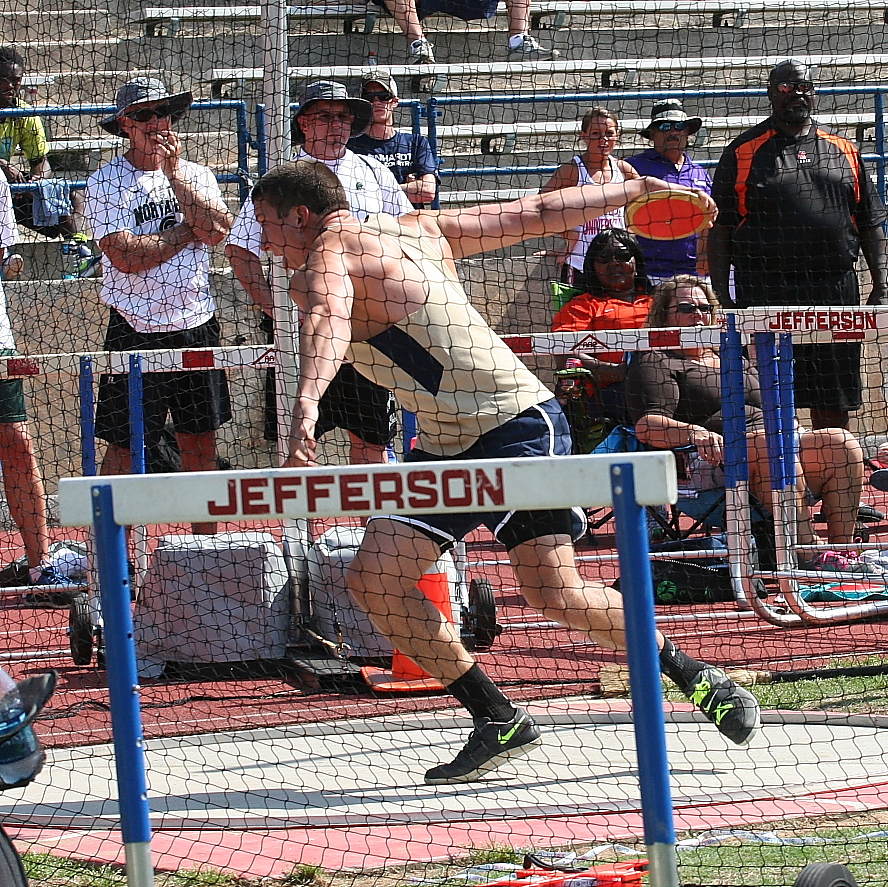 Daniel Haugh of St.Pius X first won the Shot Put going 59-6, then...unleashed a beast of a throw his 1st attempt in the Discus going 194-5 making him the 'Thrower of the Meet' . Haugh's throws brough oohs/aahs from the fans and everyone (including competitors) were urging him to break 200 feet. 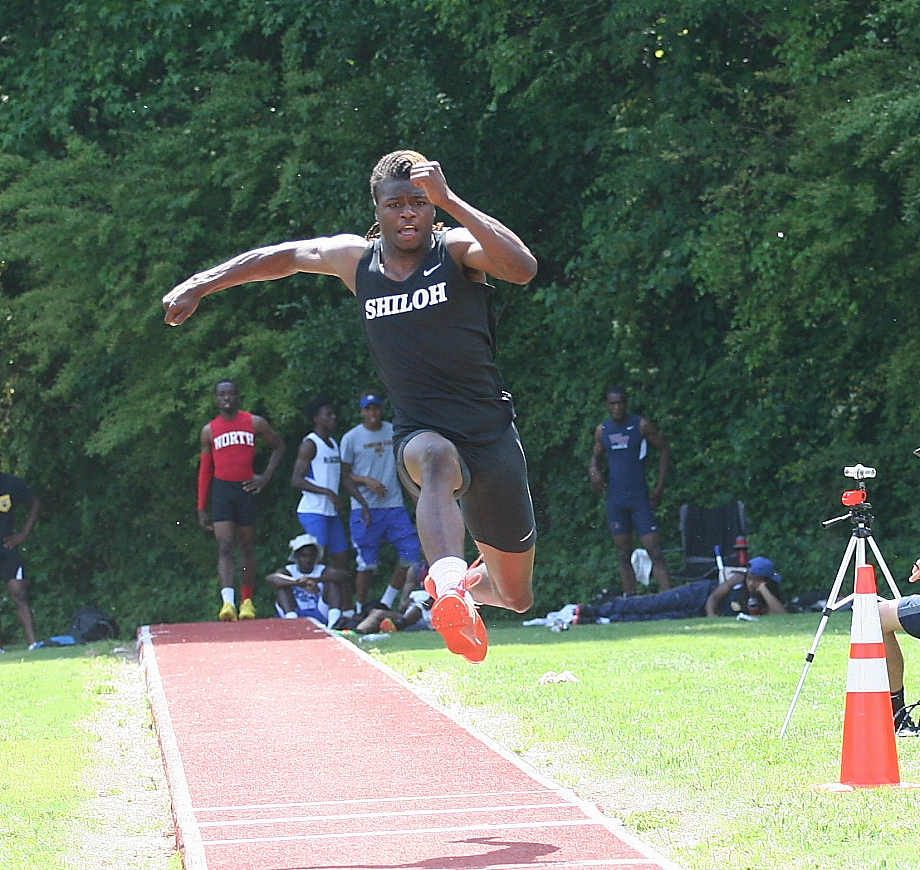 Jeremy McDuffie from Shiloh HS gave the Generals big points winning the TJ in a great battle with Lovejoy's Preston Williams. McDuffie hit a 49-0 in the first round securing the Gold medal and 'top TJ performance'. Williams did win the LJ later going 24-2.50 for the top performance of the day! 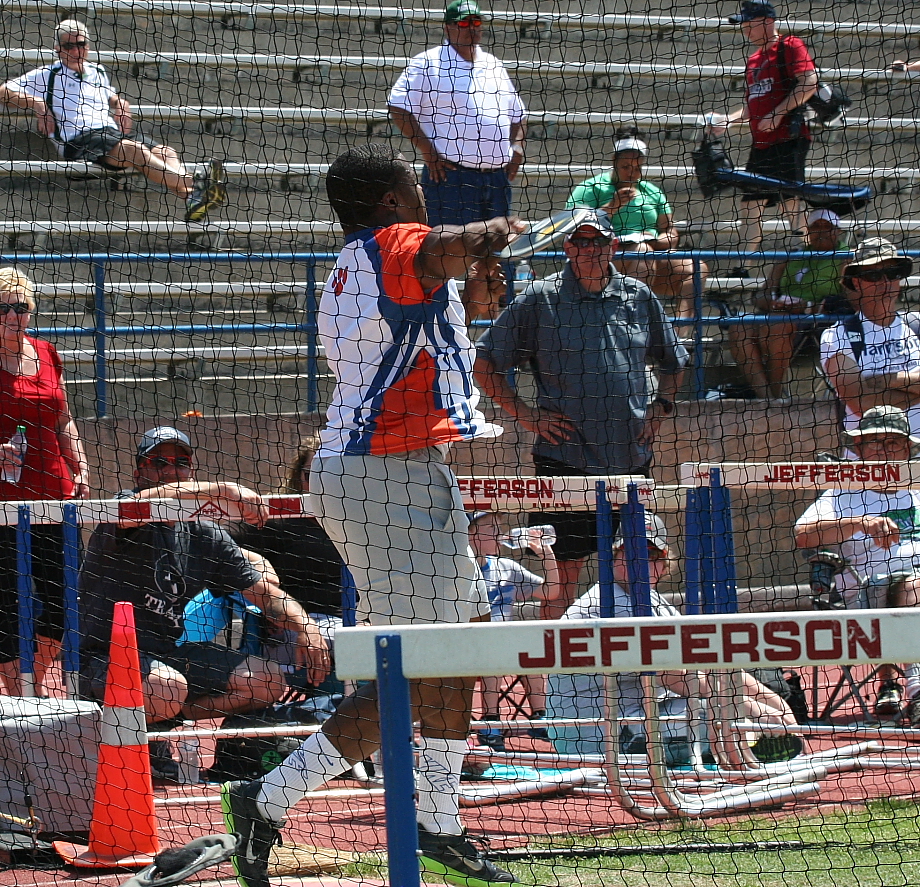 John Patterson from Parkview hammered out a toss of 175-10 for Parkview winning the 6A title.

Bailey Vitatoe from Brookwood won on fewer misses in the 6A Boys PV as 3 athletes were going for 7-0. 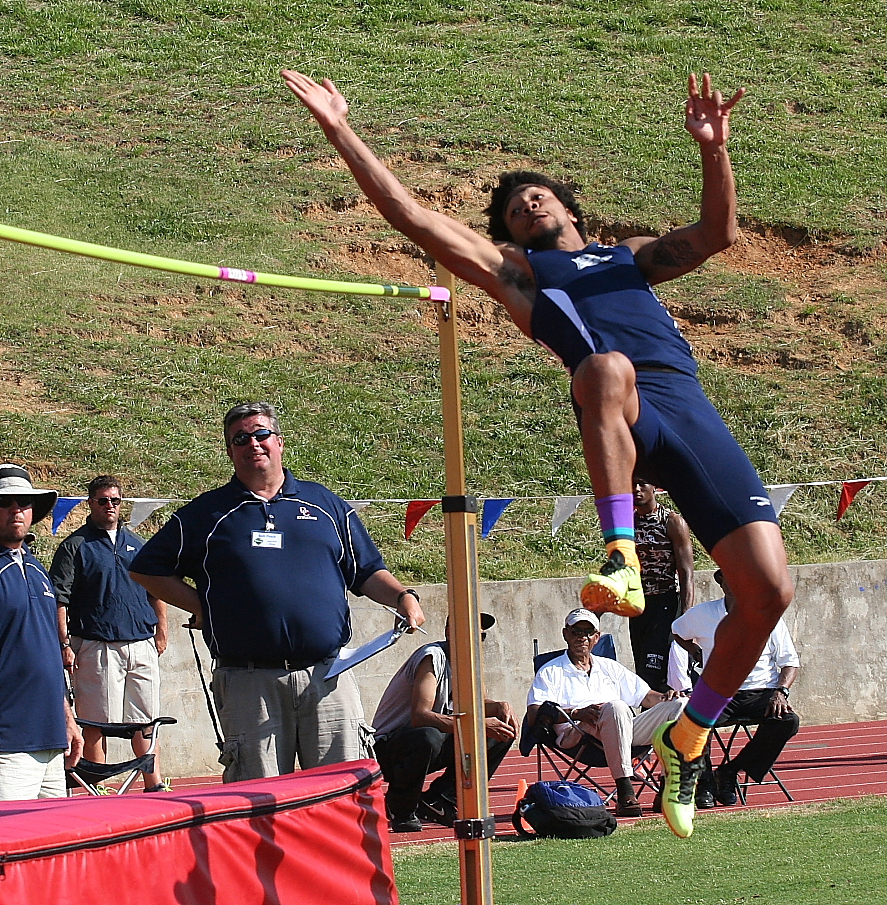 Qua Stocks of North Paulding won the Gold in 5A in more dramatic fashion in a good old fashioned jump off after everyone had fouled out, he cleared 6-8 on the first attempt to win the competition. Stocks raised the bar to 7-0 and made 3 valiant attempts... 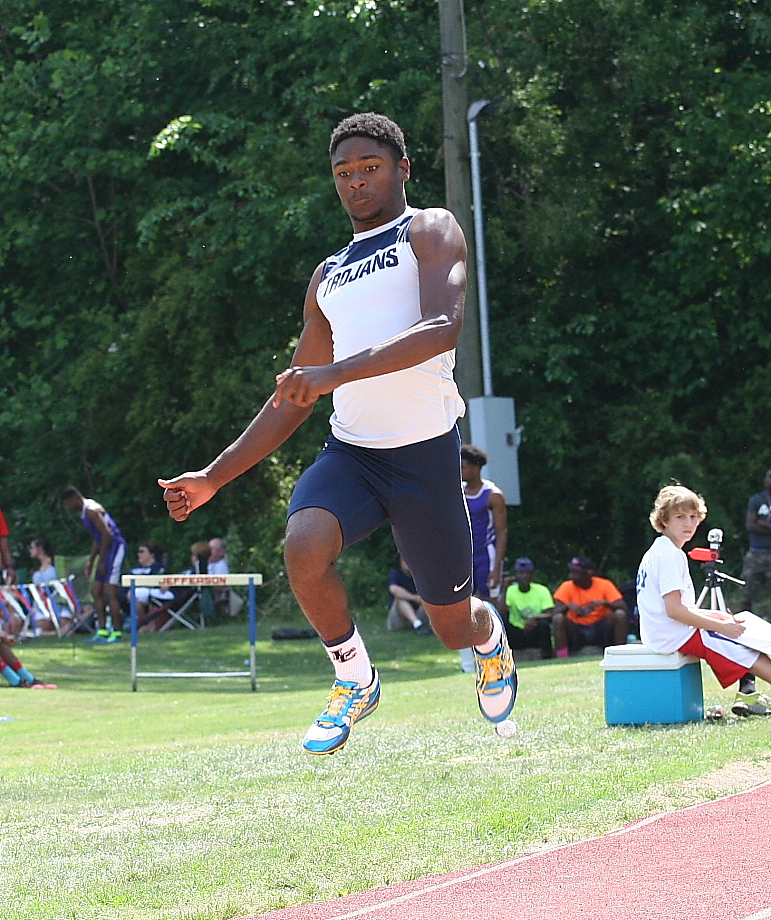 Miquavis Searcy doubled in the horizontal jumps for Lamar County including a winning mark in the TJ on the inside pit at 45-10.75.