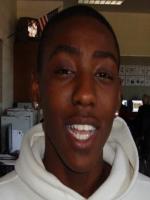 Zaquavian Smith from Statesboro HS is named the 4A Boys Athlete of the Week for his 2 performances in the 200 and 400 Meter races at the the Statesboro Invitational. Smith doubled in both clocking a 21.93 and 49.61 and anchored the Blue Devils 4x400 squad to 1st place as well. He's also quite a basketball player I hear..