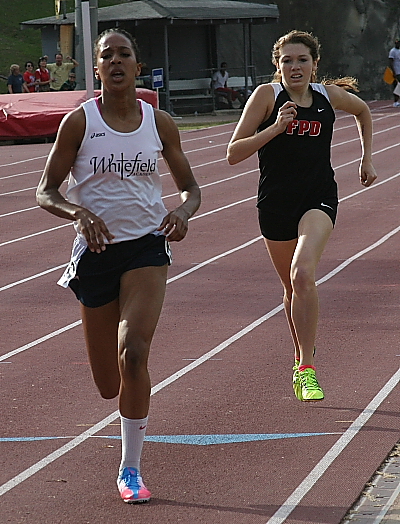 It was a fun day for the distance aces with the temps not too hot and slight breeze. The closest race of the day for a Gold came down to 1A Private again as Grace Tinkey of FPD (having ran a 10:51 3200 less than 24 hours earlier) took the lead around lap 1 maintaining a 5 meter lead throughout until Naomi Grand Pierre of Whitefield made a move on the backstretch and began tracking  her down overtaking Tinkey around the last curve and maintaing slight separation winning a title in 5:05.70, Tinkey finished in 5:06.48 and Landmark Christian frosh Kathryn Foreman was 3rd in 5:13. 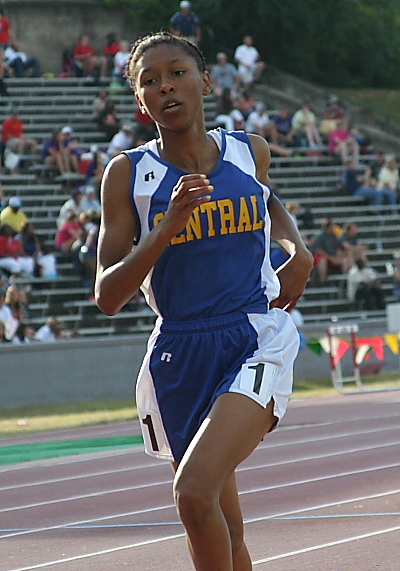 A Public 1600m was a little less interesting to the crowd after such an intense race just before, but Central Talbotton's took the lead from the gun and never looked back taking home a state title in 5:54  Jennifer Bagby of Mt.Zion-Carrollton held 2nd place the entirety of the race finishing in 6:12 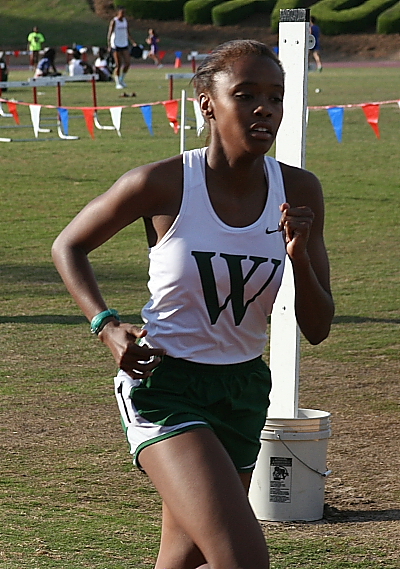 In the 2A 1600m Sahara Fletcher added yet another title to her still growing resume as she took an early lead and extended up to 40-50m at one point and cruised to the win in 5:16.59..the race for he next 5 Podium spots was the race within the race as 5 girls duked it out interchanging positions but stayed within meters of each other until down the homestretch Caroline Reed of Wesleyan had better footspeed placing 2nd in 5:21.31 just nicking frosh Ellen Powell from Bleckley County in 5:22.91  Charlotte Folinus placed 4th scoring big team points for Westminster. 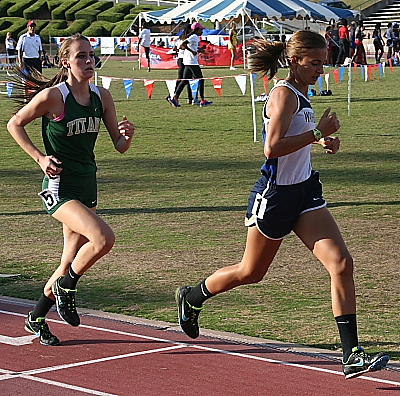 Anna Gandolfo of Blessed Trinity couldn't have ran a better strategic race than she did in winning the 3A 1600m title.  Gandolfo drafted Jenna Gearing of White (3A 3200m champ) for 3 laps then made a move with 300m left passing Gearing, then extended her lead down the homestretch  clocking a 5:10.59  Though running on fumes Gearing held on for 2nd as a mob charged after her the final 100m with teammate Kristen Mitchell taking 3rd in 5:24 just  edging North Hall's Victoria Rogers and BT's Natalie Kile. 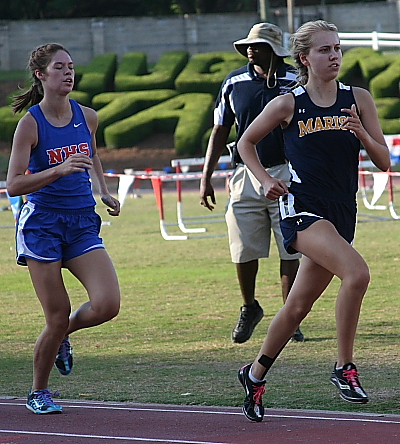 In the 4A 1600m, Shelby Wilson of NW Whitfield gave Marist's Morgan Ilse all she possibly could for 1300m hanging stride for stride, until Ilse used her superior strength and speed never breaking stride (just quicker turnover) sailing down the backstretch for a comfortable margin of victory in 5:07.48  Wilson maintained her gap over Westover's Ericka Taylor(3rd) placing 2nd in 5:14.20 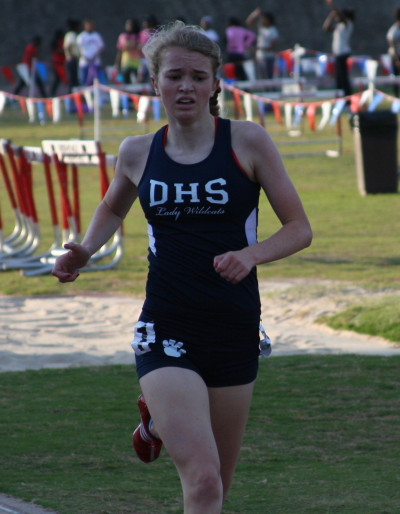 The 5A 3200m race was a jewel for Dunwoody's Alex Cameron (student of Coach Pinion's training) After biding her time for 6 laps, Cameron put it in overdrive breaking her 2 challengers motoring away to her 2nd distance Gold clocking an 11:10.14  This big huge for Dunwoody w/ Cameron scoring 20 points...Lily Kidane from East Paulding took the Silver medal in 11:21 followed by Lakeside-Evans' Sarah Bowles in 11:29 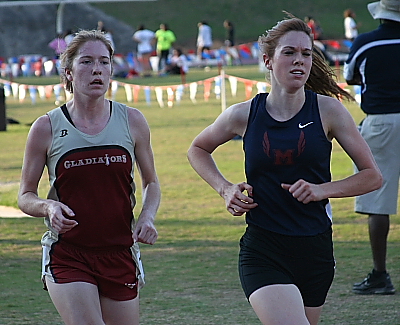 It loomed to be another showdown from Thursday evening featuring the top 2 distance runners in the state.  Allie Buchalski of Johns Creek and Milton's Annie Kelly were back at it in the 6A 3200m. Kelly seemed to have a strategy in mind, taking the lead before lap 1 ended  extending it up to 20-30 meters, before Buchalski separated from a tight chase pack closing the gap drafting her. Approaching 500m left, Allie made her move passing Kelly creating separation of up to 25 meters until crossing the line at  10:42.88 completing an impressive distance double closing out her HS career. Kelly churned away to a 2nd place finish in 10:49 and Walton's Alexa Womack finished strong for 3rd in 10:57 as did Rachel Thorne of Alpharetta placing 4th in 11:00   All Images by Bruce Taylor  ga.milesplit